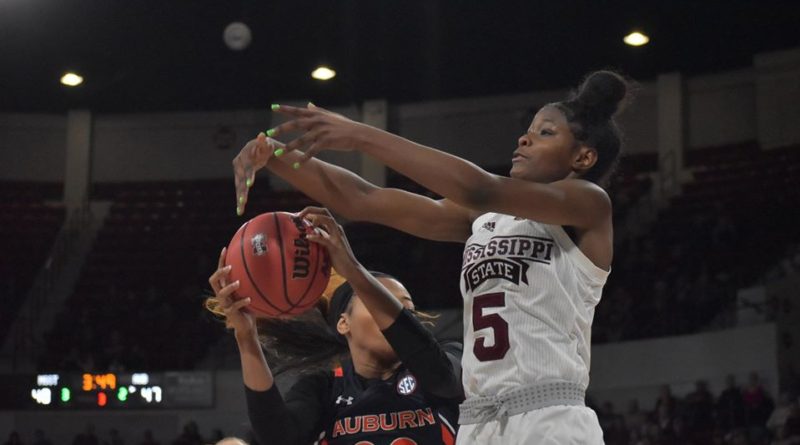 MSU’s Rickea Jackson has been named the SEC Freshman of the Week for the second time this season,

Jackson earned the honor after a pair of big games over SEC opponents Auburn and Georgia The forward averaged 23 points per game behind 60-percent shooting from the field in the victories.

Against Auburn, she dropped a then-career-high 22 points on 10-of-14 shooting from the field and recorded four rebounds and a steal. With State facing just its fourth halftime deficit of the season, Jackson scored 18 in the second half to rally MSU’s offense against the Tigers.

Jackson followed that up with 24 points on 50-percent shooting against Georgia to help lead the Lady Bulldogs to a 45-23 victory.

With four games of at least 20 points during SEC play, Jackson surpassed Victoria Vivians for the most 20-point efforts by a freshman Bulldog under Vic Schaefer. During conference play, Jackson leads all SEC freshmen in scoring (16.4 ppg) and ranks second in field goal percentage (.513).

For the season, Jackson leads the eighth-ranked Bulldogs in scoring at 13.9 points per game, with 12 of her 16 double-figure scoring efforts being 15 or more points. While being a high-volume shooter, she is one of the most efficient scorers in the country, connecting on 49 percent of her shots on the year.

This is the 14th time a freshman has been recognized for the weekly honor by the SEC under head coach Vic Schaefer. With Aliyah Matharu being named SEC Freshman of the Week last week, the freshman duo marks the first to win the award in the same season since Vivians and Morgan William achieved the same feat during the 2014-15 campaign.

Up next, State travels to take on No. 23 Tennessee at Thompson-Boling Arena on Thursday at 5:30 p.m. CT. The game will be televised on SEC Network and can be streamed on the MSU Radio Network.