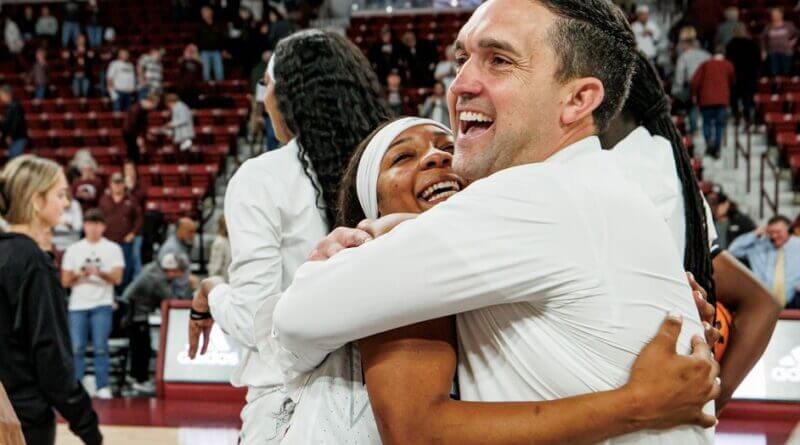 Mississippi State enters the Thanksgiving holiday with a big victory over previously unbeaten Colorado State on Sunday. The Bulldogs used a strong final minute of the second quarter to build a six-point lead that would prove to be the difference in their 71-66 win over the Rams.

Mississippi State had a tough contest playing Colorado State but put on a fight winning 71-66. State shot 61.5% (8-13) from the field in the first quarter. The Bulldogs didn’t settle, scoring 20 points in the paint with 44 rebounds. State’s defense held the nation’s current leader in assists, McKenna Hofschild, to just eight assists and 13 points in the game, 10 points below her season average.

Anastasia Hayes was dominant in all forms for State in the contest. She led all players in scoring with 18 points and brought in 10 rebounds, finishing with a double-double. Hayes also led the team in assists with six.

Denae Carter was efficient for the Bulldogs, shooting a perfect 4-for-4 from the floor. She finished with 11 points and seven rebounds, five of them being on the offensive side of the ball. On the defensive side of the ball, she blocked two shots and gained a steal. Also scoring in double figures on Sunday was Jessika Carter, with 12-points and seven rebounds.