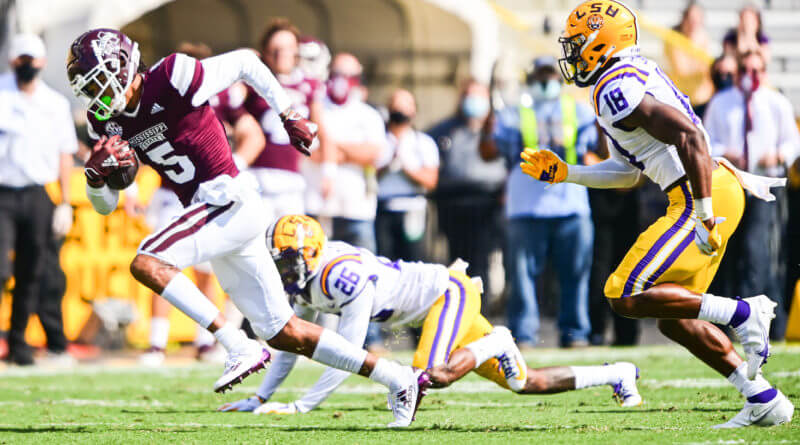 Excitement is brewing in Davis Wade Stadium as the No. 16/14 Mississippi State Bulldogs (1-0) prepare to play its home opener today against the Arkansas Razorbacks (0-1)

Fans are welcome to ring and celebrate as the Bulldogs are coming off their highest-ranked win in a true road game in program history, according to the game day news release. The Bulldogs defeated then-No. 6 defending national champions LSU 44-34 under the direction of new head coach Mike Leach and Stanford transfer quarterback K. J. Costello.

Arkansas (0-1) comes into Davis Wade after a 37-10 loss to #4 Georgia last week. The Razorbacks led throughout the first half and most of the third quarter before succumbing to a re-energized Georgia offense.

The Sam Pittman era at Arkansas debuted with flashes of potential but ultimately saw the Hogs’ SEC losing streak extend to 20 games.

In his press conference earlier this week, Costello said the team is working harder and had better practices this week than last week.

Costello also said he feels responsible for making sure the rest of the team puts last week win behind them and concentrate on this week’s team.

“We were talking about tempo, being in better shape than our opponent. If we take out foot off the gas, we lose our edge there,” Costello said.

In head coach Mike Leach’s career, no other quarterback has thrown over 500 yards his first game in the Air Raid.

The game will be televised on the SEC Network Alternate Channel. Fans can also listen for free on HailState.com/plus or on the TuneIn App.