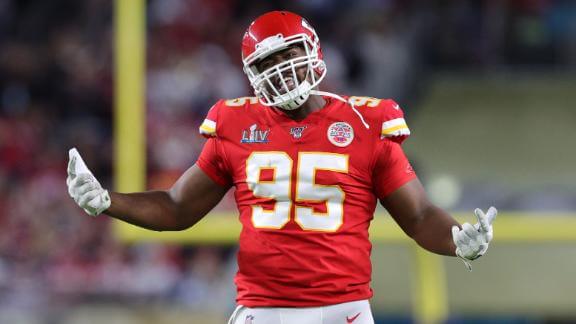 Jones and Kansas City failed to reach an agreement by the deadline to place a franchise tag, which led to the Chiefs applying the tag to their franchise player to the tune of 16.1 million dollars in cap for the 2020 season.

Jones’s extension comes one day prior to the deadline of reaching a long-term deal with franchise tagged players before next year’s free agency period.

After Patrick Mahomes signed the richest deal in American sports history a week ago at 12 years and 503 million dollars, many doubted the Chiefs ability to reach a deal with one of the best defensive lineman in the league.

While this deal locks up Jones through 2023, it will mean even more of a mess for Kansas City’s salary cap once Mahomes extension begins in 2022. Along with that, many weapons, including receiver Tyreek Hill, reach free agency in 2022 also.

In a contract year, Jones contributed 36 tackles and nine sacks. In Super Bowl 54, Jones had one tackles and three crucial defended passes.