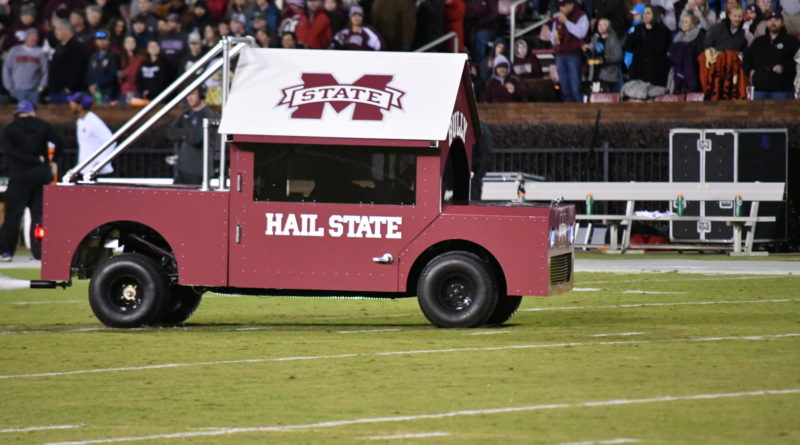 Eight Mississippi State Bulldogs enrolled early to participate in springs football practice, according to the school.

The players who enrolled early:

These players, especially QB Will Rogers, will get a leg up on learning the new Air Raid offense that will be put in by head coach Mike Leach.

Read about the players below:

Davis, a long, athletic pass rusher who has an explosive burst and a high motor, spent the past two seasons at Copiah-Lincoln Community College, racking up 81 tackles, 8.5 tackles for loss, 5.5 sacks, three forced fumbles. He is ranked the No. 2 overall junior college prospect in the 2020 class, according to 247Sports.

Dean is a physical, aggressive playmaker with good size, speed and frame. As a senior at South Panola, he took 182 carries for 1,599 yards and 15 touchdowns, recorded four catches for 86 yards and was 1-of-1 passing for 61 yards and a touchdown. He caught the game-winning touchdown in the Alabama-Mississippi All-Star Game from Rogers.

Groce is a fast, athletic linebacker who tackles well in space and can shed blocks. He helped Pleasant Grove to a 13-3 record and an appearance in the Class 5A state championship game as a senior, while totaling 134 tackles, 34.5 tackles for loss, 14.5 sacks, nine pass breakups, 21 quarterback hurries, four forced fumbles, one interception and one fumble recovery.

Heath, an elite athlete with great size and toughness who can stretch the field, totaled 61 receptions for 835 yards and seven touchdowns in 17 career games played at Copiah-Lincoln. A four-star prospect, according to 247Sports Composite JUCO, ESPN and Rivals, he a No. 6 overall ranking in the 2020 ESPN Junior College 50. Heath is also considered the No. 2 junior college wide receiver by ESPN.

Marks is ranked 154th on ESPN’s Top 300 prospects for 2020 and the nation’s No. 12 running back. As a senior and despite missing two games, he rushed 168 times for 1,961 yards and 23 touchdowns. He was named Offensive Player of the Year for Region 6-AAAAA, as voted by the league’s coaches.

Rogers put together an outstanding career at Brandon with 9,093 passing yards and 79 touchdown passes. He went an impressive 246-of-371 passing for 3,572 yards with 38 touchdowns and only three interceptions during his senior year. In the Alabama-Mississippi All-Star Game, he returned in the fourth quarter from an injury sustained two quarters prior, and threw two touchdown passes – one to tie the game with the clock running down in regulation and one in overtime – to lead Team Mississippi past Team Alabama, 17-16.

Threatt is a top-15 player in Mississippi who played both sides of the ball at Lewisburg. He racked up 263 tackles (181 solos) and eight interceptions and also rushed 56 times for 304 yards and three touchdowns and caught 15 passes for 107 yards during his career. As a senior, he made 109 tackles (72 solos), four interceptions, two fumble recoveries and six pass breakups.

Wheat is a talented junior college linebacker who played safety in high school and has a nose for the ball. He played in 19 career games at Copiah-Lincoln from 2018-19 and totaled 104 tackles, including 8.0 for loss, two forced fumbles, three fumble recoveries and five interceptions.