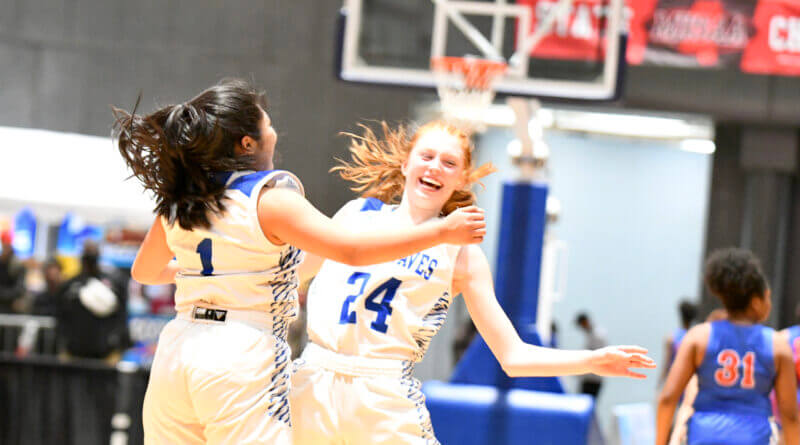 The Lady Braves had to fight and claw to get back in the game after falling behind 18-11 in the first quarter.

Lucky for them it’s not how you start, it is how you finish.

TIsh County outscored Pass Christian 16-3 in overtime and moved on to the state title game with a 65-52 victory.

Madison Bennett tied the game up at 35 headed to the final period on an NBA range three pointer to get Tishomingo County back in the game and swing the momentum their way.

The Lady Braves withstood what could have turned in to heartbreak at the end of regulation.

As Tish was attempting to run the clock out, Pass Christian got a steal and coast to coast layup as time expired to send the game to overtime.

Bennett and her squad would not be denied a chance to play for a state title, though.

Bennet scored 7 of her game high 26 points in the final period and the Lady Braves punched their ticket to the title game.