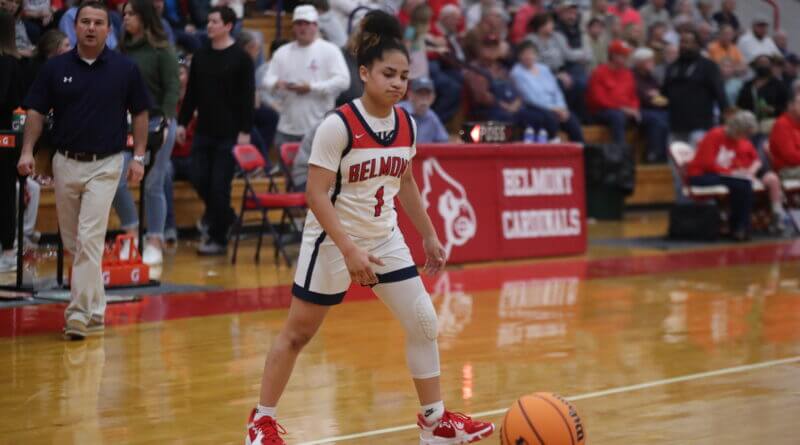 The Belmont Lady Cardinals won the 3A state championship last year. Now they are competing in the semifinals of the 2A classification. They have played a tough schedule this season and have won 14 of their last 15 games. They had to comeback at home against Calhoun City to make it to Jackson.

West Lincoln has made strong playoff runs over the last few years, including a trip to the finals in 2019. This season, the Lady Bears lost some games early but have won 13 in a row, including a pair of close playoff games.

New Site won two road games to punch their ticket to Jackson. Led by senior Lily Whitley, the Lady Royals play a smart brand of ball and depend on some key three point shooting. They’ll need good guard play from freshman Chloe Chism in this one.

Lake has won 16 in a row. Their last loss was on December 17. In their big win over Newton, Brooklyn Harris led this athletic squad with 6 blocks. They will count on their length to cause problems for New Site.

Pine Grove has won 12 in a row. Led by all-star guard Carson Rowland, the Panthers have reached Jackson for the first time since Jimmy Carter was President (1977.) Rowland is the leader, but other guys like Jack Hudson, Jamas Cox, Keaton Wilkerson, and Hayden Holcomb have done their part to get to the state semifinals.

It’s not how you start, it’s how you finish…The Heidelberg Oilers are a perfect example of that old cliche. They lost 8 of their first 9 games this season, but have now won 12 in a row. They survived an overtime game with Scott Central and beat a good Amite County on their way to Jackson.

Many people thought this was going to be North Side versus Newton, so give these two teams credit for battling to this point.

Choctaw County has had to deal with some unconventional controversy surrounding their second round game with Charleston. After Charleston was forced to forfeit due to an ineligible player, coach Chris Pettit prepared his team and defeated a strong North Side squad.

Velma Jackson just sounds like playoff basketball. They beat a talented Newton team to get here. Velma is on a mission.