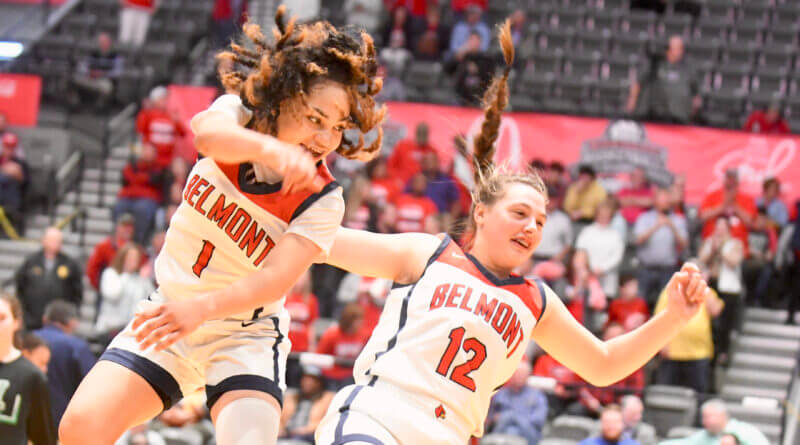 Belmont is back again.

The Lady Cardinals are headed to the state championship game for the third time in the last four seasons as they are looking for a repeat of last years state title.

After building a 14-2 first quarter lead, Belmont never looked back as they locked in on defense and attacked the basket to the tune of being awarded 26 free throws.

The Lady Cards connected on all 14 of their free throws in the first half to take a 26-9 lead at the break.

Rylie Guin hit all four her free throw attempts and connected on both of her three pointers to lead the way with 14 points.

In the second half, points were at a premium, as both teams combined for just 22 points.

Brock would end the game with 8 points.

Kat Reno would lead the team with 9 rebounds. Mary Grace Storment rounded out the double digit scorers with 10 points.

The Lady Cardinals overcame a 25% shooting game, their worst mark of the season, and relied on their defense to make their way to the state title game.

They will take on the winner of region foe New Site and Lake on Friday.