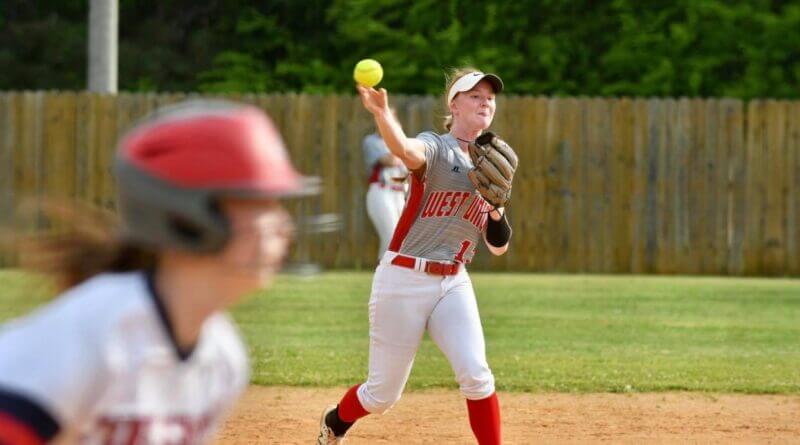 The West Union Lady Eagles weren’t ready for their softball season to come to an end.

Senior Annie Orman wasn’t ready for her high school athletic career to come to an end.

Orman turned in a 9-RBI day over a pair of games and the Lady Eagles won a doubleheader on the road to extend their season and advance into the third round of the 1A state softball playoffs.

West Union took game one 7-4 with Orman going 3-3 at the plate with a pair of doubles and a three run home run in the fourth inning.

Emma Callicutt took the win on the mound in Game 1, collecting 4 strikeouts and helping her cause with a double and a pair of runs.

In game two, Orman continued her tear at the plate.

The Ole Miss softball commit collected a grand slam in the 2nd inning and an RBI triple in the 6th inning as the Lady Eagles won 9-3.

Callicutt again took the win in the circle, striking out 7 Lady Panthers and helping her cause at the plate with a pair of hits including a double to start the game.

In game two, Mackenzie Morris had a pair of doubles while Eden Conlee had an RBI double. Ella Kate Taylor added an RBI single.

Pine Grove made an attempt to comeback in the bottom of the 7th, but West Union stranded a pair of runners after giving up two runs in the final frame.

The Lady Eagles advance to the third round of the state playoffs with their opponent TBD.