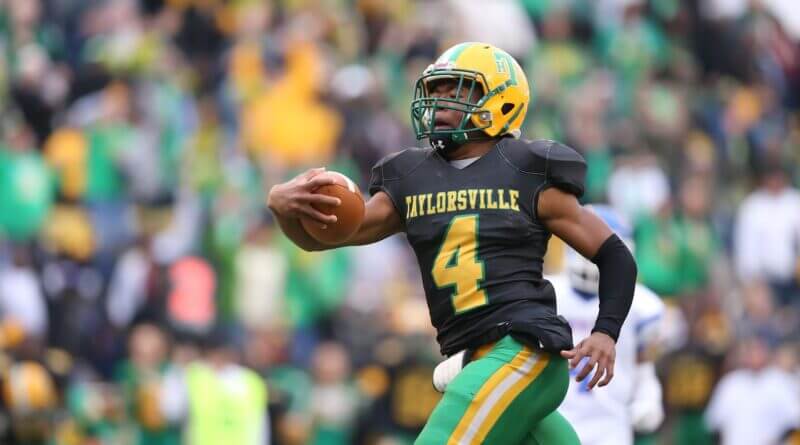 Well, this one looks familiar. The 2A state championship games in 1994 and 1995 were between these two proud football schools, with Taylorsville coming up victorious in both years. Fast forward over two decades later, they’re back again. Both teams combine for 23 state championship appearances. There’s expectation in the air.

And we all expected Taylorsville to be here. Why? Ty Keyes, and that offense that continued to terrorize teams in the south. Speaking of Keyes, this is his last go-around after a record setting and remarkable career, making him one of Mississippi’s all-time greats. He was there when they won as a freshman, lost as a sophomore and in crutches, and won it again as a junior. His final test is none other than the small-school gold standard up in north Mississippi.

Calhoun City finally broke through after multiple shortcomings following their 2016 state title. There’s a new sheriff in town, their second head coach in two years. They’re always a tough out. The way they play defense and grind you into dust by the fourth quarter make sure of it. They have the defense capable of pulling off the upset. Let’s see if they can win their third title in school history and knock off someone other than Bay Springs for it all.

People forget the balance Taylorsville has because of all the attention Keyes gets through the air. You can argue that Jeffery Pittman made it happen last year on the ground despite Keyes having a decent outing. I believe that balance, along with the usual explosiveness will be too much for City to contain. Not saying it’s impossible, but it’ll be a task like none other this year. I think the Wildcats will play a four quarter game, but history will repeat itself and Ty Keyes will go out on top.