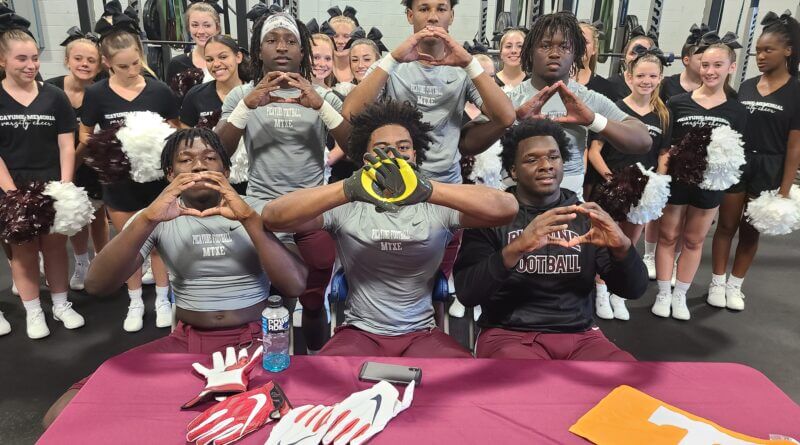 The wait is over. No more wondering where 4 star RB Dante Dowdell is going. He will be taking his talents to the University of Oregon to play for the Ducks.

OCEAN SPRING, MS– Business started to pick up for Dante after Picayune defeated big bad West Point for a state title. He rushed for 2500 plus yards last season and had over 20 touchdowns. He was a machine in the backfield. After his stellar performance at the Rivals Camp he would eventually become ranked a four star recruit.

His first offer came from University of Southern Miss. It was before Picayune even suited up against West Point. His offer from Oregon came with first class treatment. Oregon laid out the red carpet for Dante. They had the king take royal pictures as he sat on his throne with a look of mild sarcasm on his face.

Oregon was never shy with letting Dante Dowdell know they wanted him. They didn’t only show it in their actions their coach made it verbal. Dante Dowdell’s dad was very impressed with Oregon as well.

“Oregon truly treated us like family,” said Lawrence Hopkins. “We didn’t have any say in his decision, but we felt Oregon wasn’t just another football team. It all just felt right. They treated Dante right. Lane Kiffin and Ole Miss did a great job of recruiting Dante as well. It came down to those two.”

A lot of sites were expecting Dante to choose Ole Miss. It would seem that way with them being the closest team to him showing much interest. Dante won’t be in the same style of offense he is at Picayune.

Oregon did the job to make sure they get Dante. They put in the effort. Some people felt like the in state colleges would get him, however they were not impressed enough to stay home.

Oregon has a more fast paced offense and RBs catch the ball out of the field more. That won’t be a problem for Dante. His videos of his hard workouts are proof he is up to any challenge. He recently benched press 225 nineteen times.

“It felt like the right place for me,” said Dante. “I feel like the RB coach and the head coach have a good vision. I wanted to do my own thing. I didn’t want to do the MS thing. I also wanted to show that you don’t have to stay in the SEC. I’ve been knowing I wanted to go to Oregon since my visit. I ended up talking to them more and that solidified it. It was hard decision between them and Ole Miss. I’ll be working on running routes and catching the ball this off-season, you know what I’m saying? Stuff I’m not asked to do in my offense.”