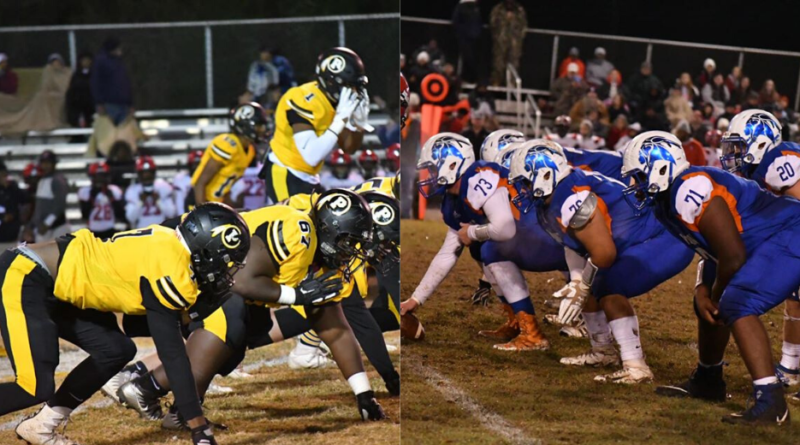 It will be an all Pontotoc affair in the first round of the 4A state football playoffs on Friday night.

The Vikings of North Pontotoc travel to the Hollow to take on the Warriors of Pontotoc. Despite frigid playoff football temperatures, expect a full stadium by kickoff. It’s the first time the two schools have met in the playoffs.

The Warriors host by way of being the #2 seed in district 2-4A, which they wrapped up with a thrilling 17-14 win over Shannon last week.

The Vikings enter as the #3 seed from district 1-4A. They hold a 7-4 record on the season.

The squads football philosophy is very similar: run the ball, work off of play action and play stringent defense.

In short: it’s going to be an old school playoff game in Pontotoc tonight.

Kickoff is set for 7 p.m. with a game time temperature of 36 degrees.