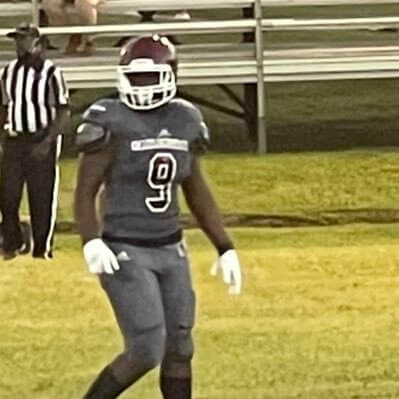 Tre Ellis is looking to make a lot of noise this year and he is only a 9th grader. The class of 2026 LB is already 6’2″ 225 pounds and reads keys like an upperclassmen.

Hazlehurst has them a stud for the next four years. Ellis doesn’t just look the part, this kid can play the game. In their spring game against MRA it was obvious that somebody has been working with this kid.

Tre can play the LB position with the best of his class. He can sit back, read then attack or hurt you on the blitz. Ellis also does a very great job of tackling. When he gets to a defender you know he is bringing thembdown on contact. Tre is very ferocious when dealing with blockers. He gets them out of his way going down hill and gets straight to the ball carrier. He does a great job of seeing the play and immediately reacting to it.

Tre also is very good at rushing the passer. The more he works on pass rush techniques the more dominant he will get. The more he uses his natural talent with those long arms the more he will notice extending his arms when shedding a lineman is his best friend.

Ellis does a great job tackling in the open field. He has the athleticism to chase down RBs and keeps himself in great position to make sure tackles.

Tre Ellis will be a nationwide name. He has all the tools to be a great LB in a major conference on the D1 level. He needs to continue to work hard and stay in the weightroom. If he stays on this path the sky is the limit for this kid.

“Well it’s a lot that i’m working on,” said Tre. “I mean I’m nowhere near being good. I have to work on thing such as agility, reading my keys , and just overall becoming a better LB/teammate. It feels good playing Varsity. That’s what you play for. I thank my family and coach for sticking besides me.”