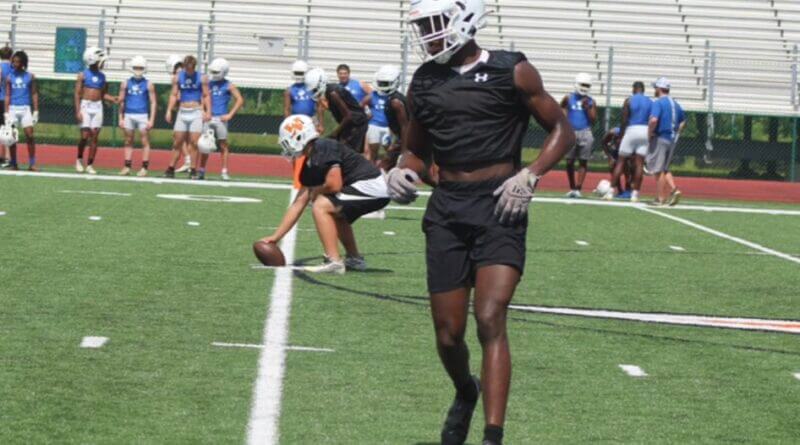 Torrance Skidmore is a 6-2 180lb ATH out of West Harrison High School. He is very talented and will make a name for himself this year.

Torrance runs a 4.5 40 and excels very well on the field. When I watched his film I was very impressed. He plays in a wing T offense, but when they call his number he makes sure that he answers. He can truly stretch the field. I like the way he attacks the ball when it is in the air. He has great ball judgment and attacks the ball at its highest point.

He does a great job on defense as well. Torrance plays the safety position the way it is supposed to be played. He has a good back pedal and stays light on his feet. He breaks very well on the ball. He isn’t shy to turn into the receiver. He isn’t afraid to put his hand in there and make a play. He is a great advantage to corners playing man on their islands.

Skidmore also doesn’t mind coming up hitting. He comes up and lays the wood. At his size he doesn’t have to worry about losing many battles. He helps out in their run game a lot. You don’t want to be a running back tip toeing out of the backfield. He will meet you with a warm welcome. He does a great job of making good form tackles and not being out of position. You can tell he sees what he hits. I think that safety will be a great position for him at the next level. I think he could be faster and work on rotating his hips more when turning out of his back pedal.

“He’s coachable, but he has something you can’t coach,” said Coach Quincy Patrick. “He’s 6’2 185lbs as a db. He sprained his MCL last game of the season so this off season he was rehabbing instead of actually working on certain things. One thing he can improve on is his top end speed.”