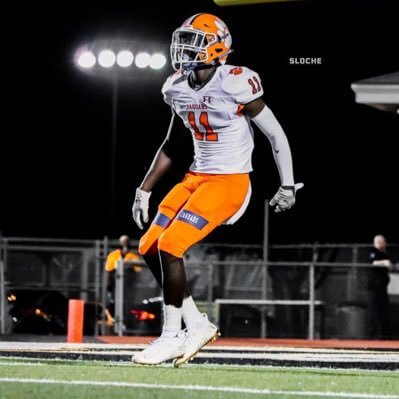 Isaiah Spencer is headed to the Burg to party in the end zone. The superstar from Madison Central has made up his mind.

There’s no secret what Spencer did in Hattiesburg last year. The kid was lights out all that night. We have footage of him screaming at the camera letting the people know that Brandon couldn’t hold him. He put on in a very big stage right in front of Coach Hall and his staff. That offer came and now Spencer says he is making that his home.

Spence has been chosen as one of the first ever Percy’s Phenom 15 players. He is a 6A state champ and he had over a thousand yards receiving last year. He had several offers to choose from, but he chose Southern Miss to the top.

“It feels really great,” said Isaiah. “Now I can sit back and enjoy my senior year. The way Coach Hall is changing the culture around that place is what made me choose Southern Miss. I like how hard he wants to keep the in state kids here. I’m big on life after football and that’s all he talked about when I went on my visit.”

Isaiah has some nice some and will probably grow a lot more between now and before the season starts. Even when he first enrolls on campus he still has a chance to get bigger and faster with Southern’s strength and conditioning staff. He can possibly step on campus and make an impact right away. He has a nice IQ and understands the game.

“I talked to the coaches and they feel as if I can immediately impact the program. I can come in work hard and learn the playbook for both outside and inside receiver.”