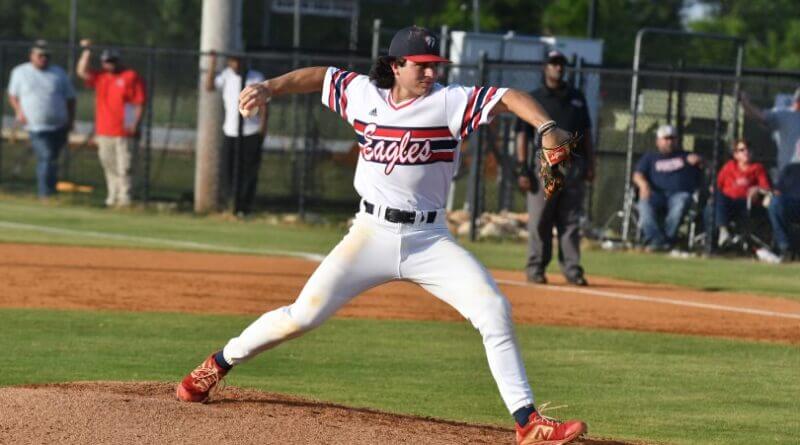 Daniel Reddout turned in a stellar performance on the mound as the Tupelo Christian Eagles took down the Pine Grove Panthers 8-0 in the first game of the 1A North Half championship series.

Reddout turned in the complete game performance, allowing only three hits and striking out two in the process.

Scoring was nonexistent for either squad in the first two innings, but two-sport star Khi Holiday sent one out of the park in the third to give his Eagles a 2-0 lead that continued to grow.

Layth Holiday drew in the next run in the fourth by being hit by a pitch with bases loaded to walk one in and extend the lead.

Khi Holiday continued his stellar offensive performance with a follow-up two-RBI single to stretch the lead out to five runs.

Jon Paul Yates delivered the dagger right after Holiday with a three-run homer to cap off the six-run inning and take the lead to its 8-0 final.

TCPS outhit Pine Grove 7-3 in the game with Khi Holiday leading the way with two hits.

Brice Lindley, Jacob Hopkins, and Cooper Rinehart were responsible for a hit each to total the Panthers’ three overall hits.

Game two is scheduled for Saturday at Pine Grove with first pitch at 1:00.