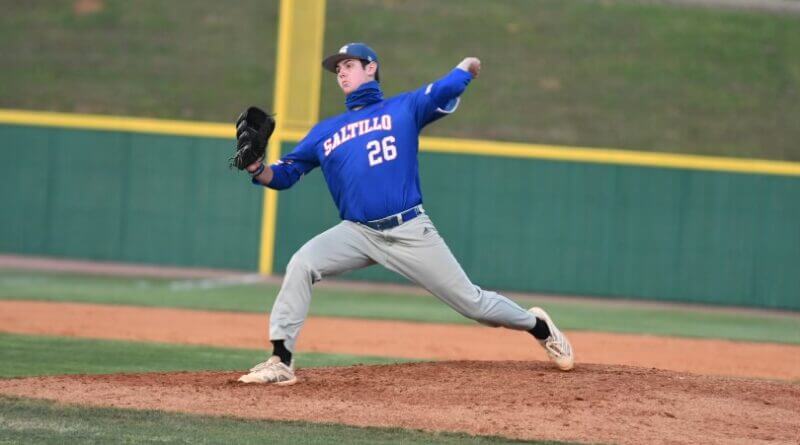 In a game that was knotted at 2-all for the middle innings, the Saltillo Tigers took a lead in the fifth inning and never let it go in their 10-3 win over the Lafayette Commodores.

The Commodores got the scoring started with Tyrus Williams stealing home to get his squad the 1-0 lead after the opening inning.

The Tigers tied it up with an RBI single in the top of the second, but Lafayette fired right back with an RBI double to take a 2-1 advantage after two.

Saltillo again matched the scoring in the third inning, but they also had the bases loaded and only scored one to tie it up at 2-all.

The score stayed matched up until the fifth inning when the Tigers broke the game open.

Six different batters brought in runs during the fifth for Saltillo, but it was led by Evan McCarthy who had a three-RBI double to break open the game and push the lead to 9-2. McCarthy was brought in just after and secured the 10-2 advantage heading into the bottom of the fifth.

Lafayette threatened by loading the bases in the fifth inning, but only one run was brought across and shifted momentum right back to Saltillo.

From there, Ben Webb did not allow another run as he finished off the compete game effort and netted the win with the Tigers’ 10-3 victory.

Saltillo had the advantage batting with 10 total hits while Lafayette gathered seven hits.

The Tigers were led by Matthew Roncalli, Drake Douglas, Luke Wood, and McCarthy with two hits each.

Game two is scheduled for Friday at Saltillo with first pitch to take place at 7:00 p.m.