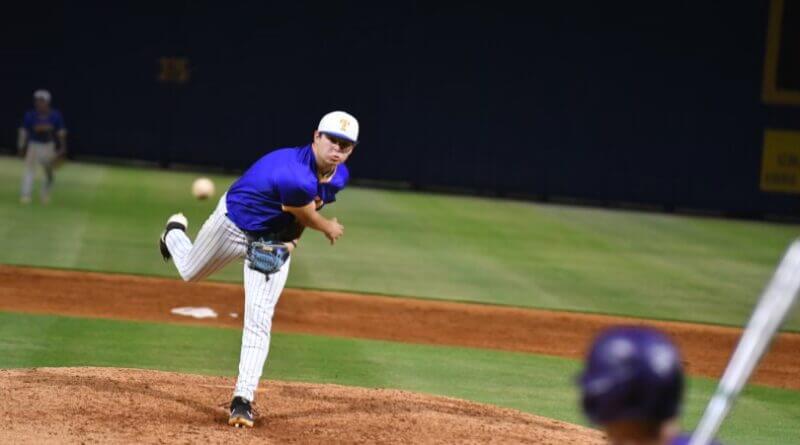 The Tupelo Golden Wave captured an second-inning lead they never relinquished in a 9-1 victory on Saturday over the DeSoto Central Jaguars in game three of a series to decide one half of next week’s North Half matchup.

DeSoto Central jumped out in front early after a leadoff walk came in to score on a RBI single by Landon Powell to give the Jaguars a 1-0 lead after one.

After the opening frame, it was all Golden Wave from there.

Mason Morris tied the game up with a solo home run, and Kylan Washington got Tupelo their first lead with an RBI double.

In the third inning, the lead continued to build for the Golden Wave in a four-run frame led by a two-RBI single from Washington.

The Golden Wave continued to not be satisfied with the lead they had. Adding two more in the fifth, a RBI-single from Bo Jaggers and RBI triple from Hunter Elliot extended the lead to 8-1.

McClain Ray, a commit of Mississippi State, netted the win on the mound, allowing only one unearned run on three hits and three strikeouts to go along with it. Ray, usually a closer, was the starter in the game and nearly went the distance with a six-inning outing.

With the win, Tupelo advances to the North Half series against Madison Central, which puts them just two victories away from the 6A State Championship series.