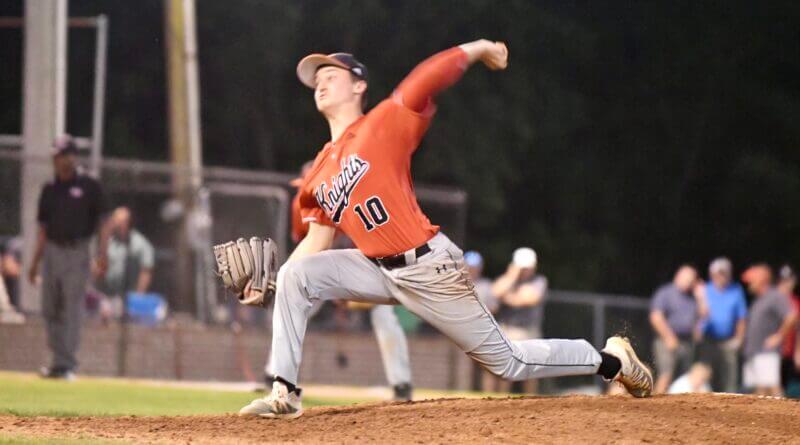 The West Lauderdale Knights are primed to play for yet another state championship after a dominant pitching performance led the Knights to a 4-1 game two victory over the Mooreville Troopers.

This will be the first time since 2017 that the Knights have played for it all, and a win would secure the program’s 15th state title.

Cole Wilkinson secured the win for the Knights on the mound with one run given up on three hits and five strikeouts.

Brett Busbea got the Knights the lead in the first inning that they never relinquished with an RBI single.

After West Lauderdale extended the lead in the third inning to 2-0, Mooreville’s Mason McMillin got the Troopers on the board in the fourth with an RBI single.

Mooreville threatened in the fifth and sixth innings with two runners on, but Wilkinson and Busbea, who garnered a six-out save, slammed the door shut.

Two insurance runs came around in the sixth off of three errors for the Knights, and West Lauderdale punched their ticket to Pearl with the 4-1 victory.

The Knights secured the win with only four combined hits, and Busbea, Jackson Parker, Bradon Epting, and Tanner Parker were all responsible for one each.

With the win, the Knights move on to play the winner of the Stone/Sumrall series for the 4A State Championship.