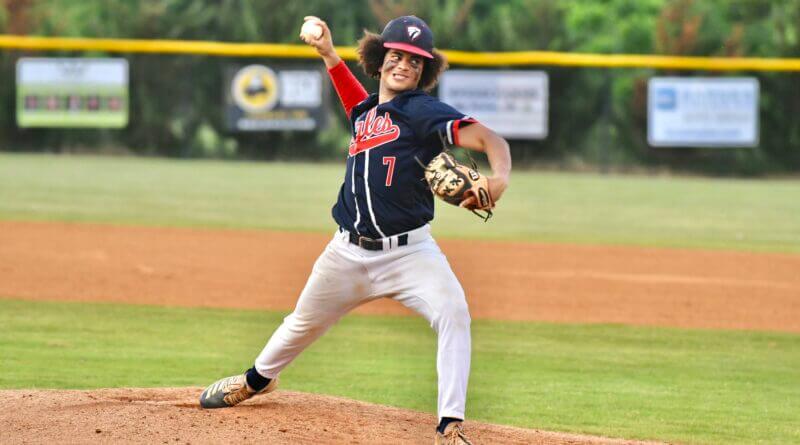 Noah Foster had the performance of a lifetime, pacing the offense with four RBIs on three hits to propel the Tupelo Christian Preparatory School Eagles over the Pine Grove Panthers by a final score of 7-5.

With the victory, the TCPS Eagles head to Pearl to face off against the Resurrection Catholic School Eagles at Pearl for the 1A State Championship.

In the top of the first inning, Pine Grove got the scoring started in a big way with Carson Rowland smashing a two-run home run for his tenth career postseason homer, and the Panthers took a 2-0 lead.

However, Foster started off his excellent performance at the plate strong with a two-RBI single to tie the game up. After that, Cooper Davis brought in one with an RBI groundout along with Daniel Reddout scoring on a balk to give the Eagles a 4-2 lead after one inning.

In the second, Foster followed up with another RBI single to add on another run for TCPS to extend the lead.

Along with his excellent performance hitting, he also started the game on the mound and cruised through the first five innings while only allowing two runs.

However, the Panthers did not lay down with their season on the line as Gunner Kirkman and Jacob Hopkins netted RBI singles in the top of the sixth to bring the score back to 6-4.

Foster, however, gave himself a bit of insurance in the bottom of the sixth with a RBI single on a bang-bang play at the plate to get the lead back to three runs.

Pine Grove battled in the seventh, scoring a run and getting the bases loaded. However, Foster won the battle on the mound by getting out of the jam and leaving the bases full to secure the 7-5 victory and send the Eagles to Trustmark Park.

In the win, TCPS totaled nine hits as a team with Foster leading the way with three hits. Jon Paul Yates and Logan White both added two hits in the game.

Foster went the distance on the mound, giving up seven hits and five runs. Along with it, he struck out eight in the contest.