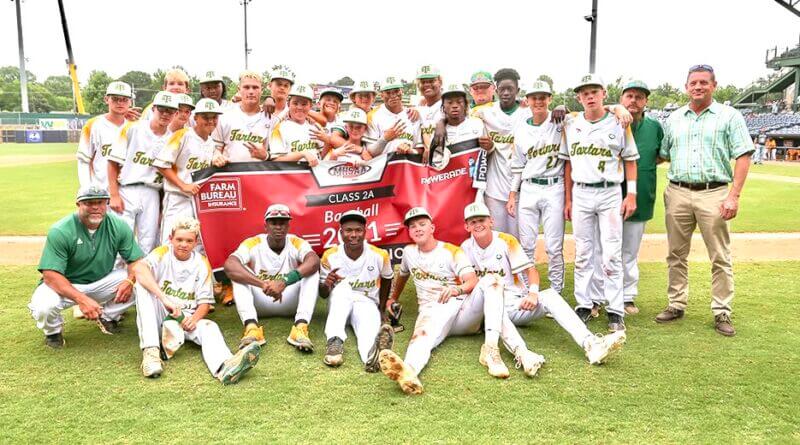 Dominant pitching was the name of the game for Taylorsville as Ted Page allowed only two hits while shutting out the Urchins to lead the Tartars to a 8-0 victory and their seventh title in program history.

Taylorsville struck first when a triple by Kelby Jordan got over the head of the outfielder. It was followed up by a sacrifice fly by Karson Evans.

In the third inning, the Tartars got out of a jam in the top half and added on to their lead in the bottom with a two-RBI single by Ty Keyes to push it to 3-0.

From that point on, Taylorsville did not go another inning without adding on.

In the fourth, Cedrick Beavers added on another with a ground ball to first that took a wild hop over the head of Chris Clayton to score one more.

Ford Matthews netted himself a two-RBI single off reliever and game one starter Carter Phillips in the fifth inning to stretch the lead to 6-0.

In the sixth, the Urchins got two quick outs, but the Tartars hung around and scored two more on a throwing error by Rudy Baldwin.

East Union fought valiantly and had multiple runners in scoring position throughout the game, including in the seventh, but Aiden Moffitt slammed the door shut, preserved the shutout, and delivered the 1A title to Taylorsville.

Matthews and Keyes led the way offensively with one hit and two RBIs each.

Page was the winning pitcher with six innings thrown, two hits, no runs, and six strikeouts.

Taylorsville ends the year at 31-9. East Union finishes their season at 29-7.