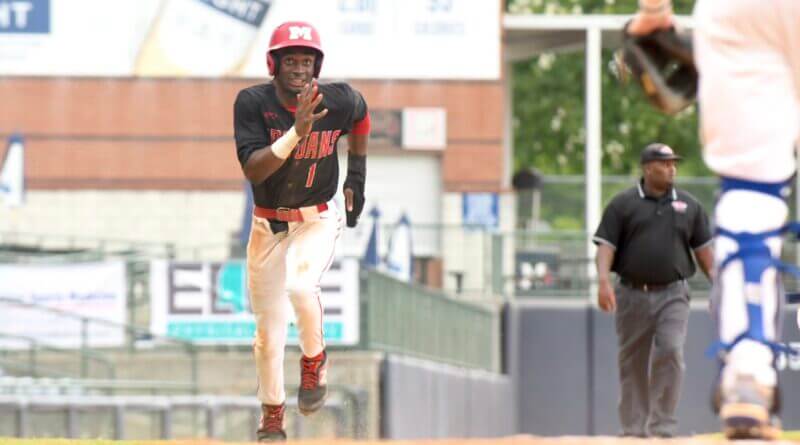 The Magee Trojans scored five runs in the opening frame, and Adam May went the distance in a 6-3 victory over the Booneville Blue Devils to take a 1-0 advantage in the 3A state championship series.

The Trojans got started with six hits in the first inning with three of them for extra bases to build the early 5-0 lead.

In the second, the offense kept it going for Magee with another run scored to get all of their scoring done in the first two innings.

Booneville struck back in the bottom of the second with an RBI double from John Adam White and RBI single from Hayden Donahue to cut the deficit to four runs.

In the third, the Blue Devils continued to chip at the lead with a RBI single from Bryce Lindsey to cut it down to 6-3.

From there, however, May controlled the game on the mound and stopped any potential threat that Booneville put together, including runners on second and third with no outs in the fifth.

With his excellent outing, the Trojans held on to take game one over the Blue Devils.

Jordan Magee led the way for the Trojans with three hits and one RBI. For Booneville, it was White, Lindsey, and Donahue all notched a RBI in the effort.

Game two is scheduled for Thursday with a 3 p.m. start time.