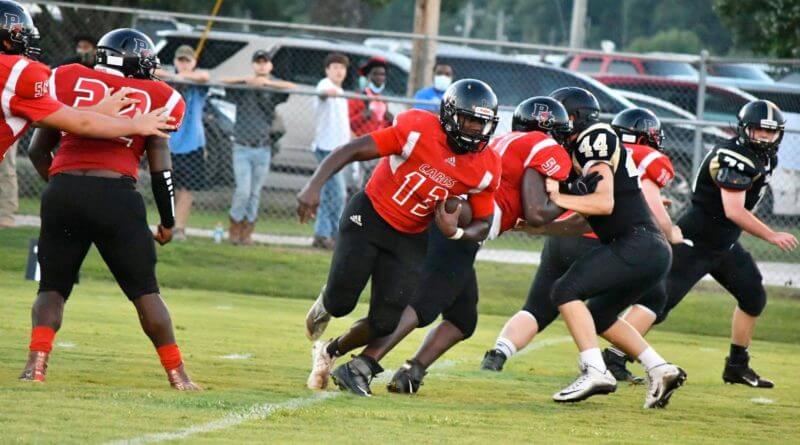 A little of this and a dash of that.

Joshua Blake did whatever it took for his team to come away with a 34-6 opening night win on the road at Falkner.

The versatile athlete for the Cardinals picked off the first Falkner pass attempt of the night on the Eagles opening drive and returned it 28 yards. Two plays later he took the ball 26 yards into the end zone. A Noe Hernandez extra point made the score 7-0 Potts Camp.

Falkner answered back with a 15 play drive culminating in a Benton Hopking one yard quarterback sneak. A botched extra point made the score 7-6.

The Cardinals would not let the score get any closer.

Potts Camp won from that point forward at every aspect of the contest, holding Falkner to just 118 yards, recovering a pair onside kicks and picking off two passes, the second by Peyton Aldridge.

Blake connected on a pair of touchdown passes to Ryan Jones to go along with two rushing touchdowns and Cody Taylor closed out the game with a 30 yard touchdown run with just over 2 minutes to play.