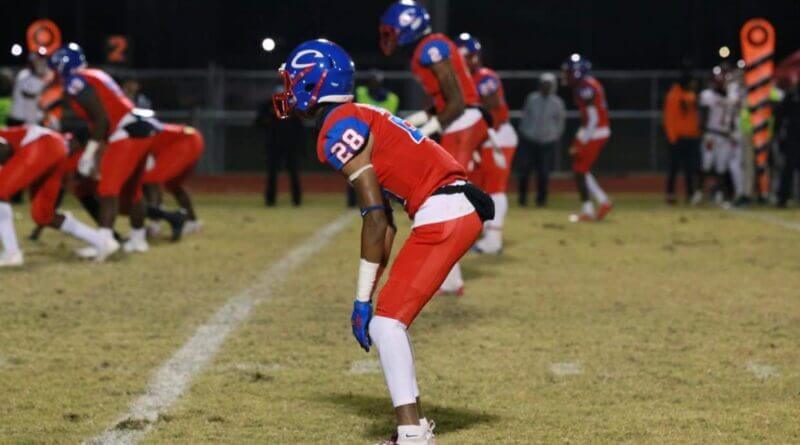 Patrick Broomfield is a lockdown corner. A true cornerback. This kid has great skills and can shut down his side of the field. Not just a lockdown in the passing game. He is a kid that will come up and pop a RB in the mouth in the running game.

Patrick is a 6’2″ 160lb guy that has a lot of swag on the field. To go along with skills, a good cornerback has to have some swag about himself. Nobody wants to come watch a boring corner playing a topnotch receiver. Broomfield brings heart and excitement to the Clarksdale Wildcat secondary.

Watching his film you see that this kid can get after the ball. He has great ball skills and gets after it when the ball is in the air. A lot of young corners sometime have a bad habit of not attacking the ball in the air. This kid doesn’t let passes get easily caught on him. When he breaks for the ball he does all he can to keep it from being a catch.

Broomfield has great reaction skills and he can make up for mistakes. He has the ability to give a little to gain a lot. He will catch a lot more interceptions this year. He has great hands and can snag balls away from defenders when they think they have a chance to catch the ball.

Broomfield performed very well at the South Alabama camp a few days ago. He showed off the skills that people know he has. I can’t stress enough how well he reacts to plays. He makes great tackles on RBs too. He is not afraid to go up against big backs. Broomfield keeps himself in great position to make nice tackles without hurting himself. He is bringing down some big backs and doesn’t end up on his back a lot when he does so.

“I’m working on getting My 0 man coverage better for the season,” said Broomfield. “I’m planning on playing 0 man every game this season. I feel like my tackling is A1. My covering skills are good, but that can be better than what it is.”

Broomfield seems like he can do some coaching already too. He gave us some insight on how he gets the tackling done.

“I love tackling bigger guys. It’s no fear with me. You’re going down no matter what size. Keep your eyes open, feet alive contact with the shoulder with the head to the side or going low for the ankles. My goal is to have at least 45 solo tackles this year and 4 interceptions.”