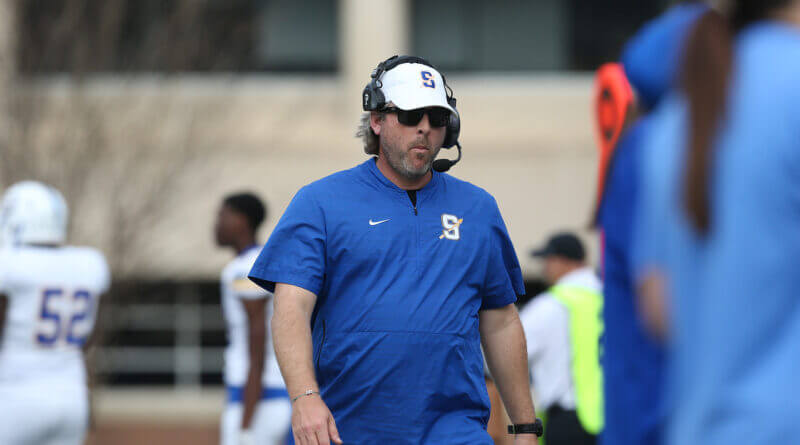 It wasn’t an easy decision for Brooks Oakley to leave Senatobia, a place where he grew up, played football and coached for six years. However, when the opportunity came to lead Mississippi’s most storied high school football program, the name itself was just enough to lure him away.

On Thursday, January 27, Oakley was approved and tabbed to be the next head football coach of the South Panola Tigers following the recent retirement of coaching legend Ricky Woods. In Oakley’s previous stop, he led the Senatobia Warriors to a combined 51-22 overall record and 25-4 record in region play. In 2021, the Warriors came within one point of winning the MHSAA Class 4A State Championship over Columbia. Now, he takes on the added burden of building off of the tradition that ultimately set a standard for all other programs to live up to.

“It’s a no brainer when you talk about that program and just the success they’ve had,” Oakley said. “To have that opportunity to be the head coach at South Panola, where Ricky Woods, Lance Pogue, Willis Wright and those guys have been, it’s a huge honor. I’m looking forward to it… When you walk in that building and look at that wall with all the NFL players that have played in this program, you realize you’re in a special place. Hopefully we can continue that tradition they built.

Oakley is no stranger to the state’s highest classification nor championship football, having been part of two state championships as Starkville’s defensive coordinator in 2012 and 2015. Oakley also served as quarterbacks coach at Olive Branch before his coordinator stint at Itawamba AHS.

“The competition is as good as its ever been in 6A, even on the outside looking in,” Oakley said. “The reason why this job is so big and revered by so many is because of that remarkable run. I just hope the way I run the program and the way we play, we can make the people who care about that program so much proud and compete at the highest level in the state.”

The latter championship Oakley was part of in 2015 was, ironically, under former South Panola head coach Ricky Woods. Although leaving for Senatobia a few months later, Oakley’s one year with Woods was all it took for a solid relationship to be formed — one he’ll look to continue having in Batesville.

“(Woods) was so good to me,” Oakley said. “He let us continue what we were doing there on defense. Ever since that one year, we’ve had a great relationship. We’ve probably talked three or four times a week, every week since 2015. He was very instrumental in making me feel comfortable about this job. I plan on leaning on him for local knowledge, just the town, community and the players currently there. I just hope to build off what he has going there and get a championship back to Panola County.”

The Tigers boast only one playoff win since 2014, when they won their most recent state championship. Having recently been part of a deep playoff run himself, Oakley understands what more it takes to get back to that same spot with a new team although always a difficult task in 6A.

“Playoff football in that league whether you’re a one seed or four seed, you have to bring it,” Oakley said. “It goes to show the competition and the level of play in 6A football. It takes a special group of kids to make a deep run and win a state championship. We had a special group of kids at Senatobia that decided to come together and play for each other and get it done. Sometimes it’s set up for you and other times it’s not. It’s difficult. The goal at South Panola isn’t to win a division championship, it’s to bring a gold ball to Panola County.”

Before that, Oakley will have to face another challenge of pushing through a much improved, DeSoto County-rich Region 1-6A.

“DeSoto County football has grown tremendously,” Oakley said. “You look at how many 6A programs there are in that county. When I was at Olive Branch in 2005, it was really us and South Panola. It’s not like that anymore. There’s a lot of talent up there and those programs are getting stronger. Every single night, we’re going to have to play our best, no matter who we’re playing.”