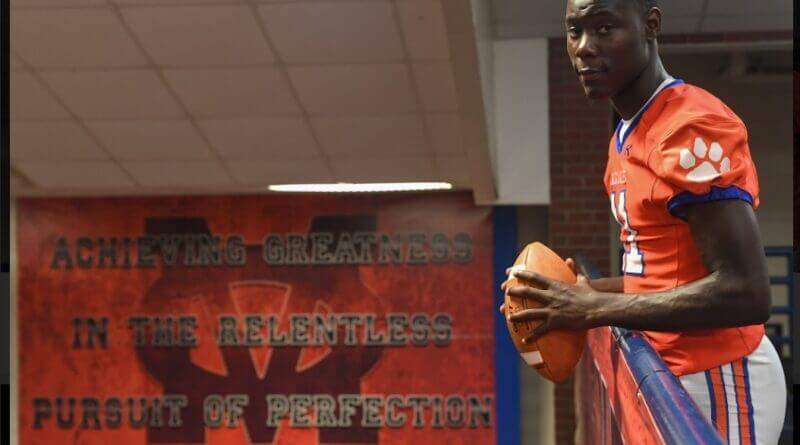 Time to let the pads talk!

It is almost time for Friday night lights, tailgating, loud horns from the band and trash talking amongst fans. Last season was a thriller and we expect nothing less from this season. It’s not easy ranking these teams with all of the great talent we have in Mississippi. We try to get around as much as we can, checking every roster, talking to coaches, etc. Here is our pre season top 10. We will be live talking about this in our Facebook group at 8pm this evening.

1. Madison Central was very consistent all last season. Their only loss came to a team that they beat in good fashion during the third round to advance to state. They are returning a lot back on offense and their players have been working hard this off-season. Their defense is stout and I wouldn’t be surprised to see them back in the state championship this season. They are going to be lights out again.

2. Ocean Springs lost in the second round to Oak Grove in a very close game. They were flying high all season and it ended with them not making it to state. They are returning quite a few players this season and it should be interesting to see how the year pans out for them. They are looking good again on offense with Bray and JP coming back. Sophomore Will Smith will also get his first taste of the varsity life and he will do well adding much speed to their offense.

3. The Starkville Yellowjackets are sick and tired of being sick and tired. When I watched them over the summer they seem to be foaming at the mouth ready for this season. These young studs are coming back with a vengeance this season and I can’t wait to see it. These guys have a complete team and could have easily been ranked number one. Coach Jones has his squad ready for war. Their defense is going to be nasty this year with Eric Thomas leading the bunch. I can’t wait to see them hit the gridiron this season.

4. Picayune fans love to throw it in our face that they are champs. We don’t mind. All last season we doubted them and they proved us wrong. Well they won that state championship last season with a lot of sophomores and juniors. Let me be the first to tell you that ring last year doesn’t mean a thing to them. These guys have been back working harder than ever. There is too much that can be said about this nasty bunch. With all these studs they have returning I wouldn’t be surprised to see them win 5A again this year. Undefeated wouldn’t be far fetched. These guys are loaded.

5. Brandon will be back and ready to shine their light this season. They are returning a lot on offense and you can expect some big time playmaking going on from this bunch. Nate Blount will be back on the field and he is ready to be a work horse. Landon Varnes was a sophomore holding it down for their offense and he will do the same again this year. Lester Miller and Jarvis are already tapped in. We all know how they are coming this year. Brandon should be a very scary bunch. It wouldn’t be shocking to see them very upset the first Friday of December, looking for some get back from last season.

1. JDC is a team that just continues to reload. They are doing the same again this season. Nothing will change about this team. These guys are returning some studs this year on offense and defense who are ready to play some ball. They have one of the coolest coaches in the whole South. Not just the state. Did I mention he is a living legend? JDC will be back in the mix.

2. Raleigh made it to the South Half and fell to JDC. That does not sit well with a lot of fans around Smith County. There will be an edge coming from these guys every time they touch the field. They have some talent that will be back ready to ball out. Can they make it back to South Half this year? Can they get to the state title and win it? We’ll have to wait and see.

3. Scott Central won state last year. They should all be arrested for that 72-24 massacre they were responsible for in Hattiesburg last season. It was just bad how they did their opponent. Scott Central will be back to defend their title and it isn’t far fetched to say they can make another appearance in the 2A state title. This team is loaded and their spread offense is sometimes a bit much for their competition. That defense won’t short stop at all this year either.

4. Amory Panthers will be biting again this year. Charleston French and Hayden will look to hold that offense down with some senior leadership. Elijah Spratt will have a few things to say with his actions this year. These guys will definitely have another fun year full of wins. It will be interesting to see how deep they make it in the playoffs.

5. North Panola is sitting at the top of MS very quiet and humble. Don’t let that fool you. They are returning a tough bunch this year who will be ready to play anybody they face. That offense is loaded and they have some heavy hitters on defense. Coach Montgomery is an offensive guru. This year he needs his defense to hold it down for him in tough times. If they do that we may see them play for a state title this year.