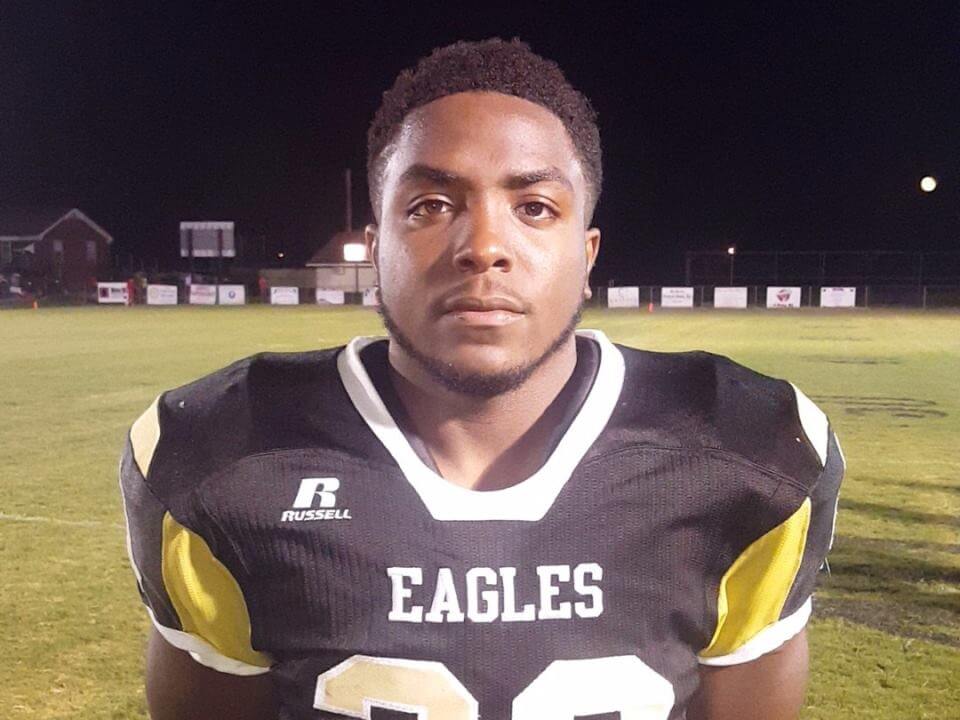 Falkner–Senior running back Alex Caldwell rushed for 280 yards, with four touchdowns, senior quarterback Autry Windham accounted for three more scores and the Falkner Eagles snapped a two-game losing streak in a 38-6 win over the Potts Camp Cardinals on Friday.

“All the records don’t mean nothing. We’re 1-0 going into division. And with a division with nine teams in it, every win matters,” said Falkner head coach Quess Hood.  “You’re trying to stay ahead, because one loss can make you go from first to fourth or put you out, just based on what other teams do. It’s critical.”

Caldwell jumpstarted the scoring by hauling in a 4-yard swing pass from Windham, late in the first quarter. He added scoring runs of 10 and 58 yards before halftime. He capped the Falkner scoring with a 70-yard scamper with 10:21 to play in the third quarter.

I thought he (Caldwell) ran well,” added Hood. ” It looks like the last two games, the entire offense…and the defense…was in slow motion, but tonight he turned the jets on and I think he sees it better.”

“The O-line did a better job tonight. We made adjustments this week,” said Caldwell. “The past two weeks, we hadn’t been playing up to our potential. We knew going into division, we had to set the tone. We wanted to start off with a win and take it week by week.”

Windham, who finished with 130 yards passing, found junior WR Elijah Moore for a 57-yard catch-and-run TD for a 24-0 lead, early in the third quarter.  Windham had 22 yards rushing and a 1-yard TD run.