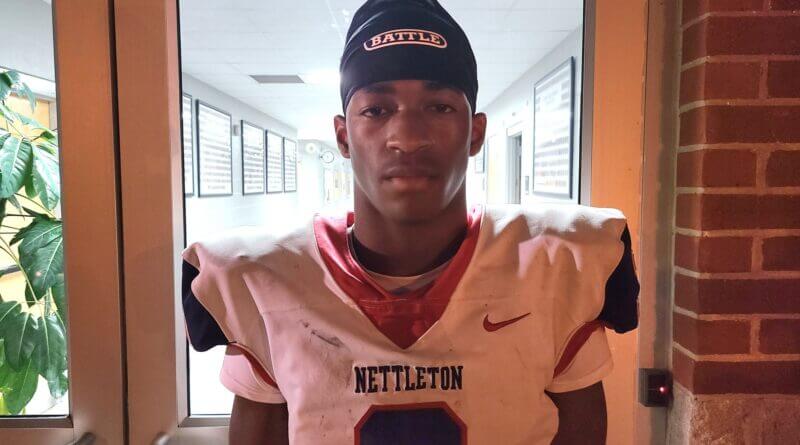 Braylen Williams is a freshman leading his varsity team in great fashion. The Nettleton Tiger has one thousand four hundred and forty seven yards passing. Those numbers have him ranked tenth in passing for the nation amongst the 2026 class. He has fifteen passing touchdowns, another eight rushing touchdowns and four hundred and forty seven yards rushing.

Williams reminds me of a young Ty Keyes. He is very poised at a young age and is a great competitor. He does not play like a freshman at all. He’s getting things done with his arms, but most of his big plays start with his legs. He does a great job of extending plays and making accurate throws on the run. He is blazing fast and blows by defenders. He runs the read option to perfection and is a great fit for an RPO offense.

When I watched Nettleton versus Saltillo I noticed that he is a vocal leader. He doesn’t like to see his team down. He is always fighting trying to make sure they stay in games.

“I mean it’s a little different with older guys on the team,” said Williams. “I’ve always been a leader so it wasn’t that much of a change.”

Williams isn’t fully polished, but he is just a freshman. I think he has the chance to be a nationally known prospect. Yes, he is a freshman that needs work, but he does not have many flaws. He doesn’t have any offers yet. That will change soon!