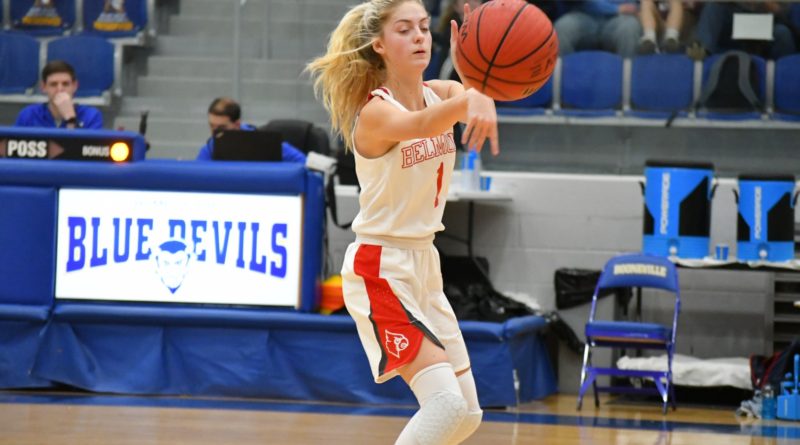 In the final game of the 2020 Robertsons’s Sportswear Lady Challenge, the TCPS Lady Eagles took on the Lady Cardinals of Belmont with a tip off of 10:15 pm.

It took Belmont a half to get going in the late night contest.

The Lady Cardinals outscored TCPS 15-0 in the 3rd quarter and took a the contest going away by a score of 52-30.

TCPS came out with a great defensive plan and used ball control to keep the game close at 22-20 at the half.

But Belmont turned up the defensive intensity after the break and got 11 second half points from Mary Grace Storment to win going away.

Storment led a balanced Belmont scoring attack with 13. Macie Walker was in double figures with 10. Ainsley Hale scored 9 in the first half before being sidelined in the second half with a shoulder issue.

The win moved Belmont to 22-2 on the season. They have a huge district game against Kosuth coming up this week.

The loss dropped TCPS to 17-6. They are back in action Tuesday at Ingomar in district play.

More pictures of Belmont on the Tish County Sports page. 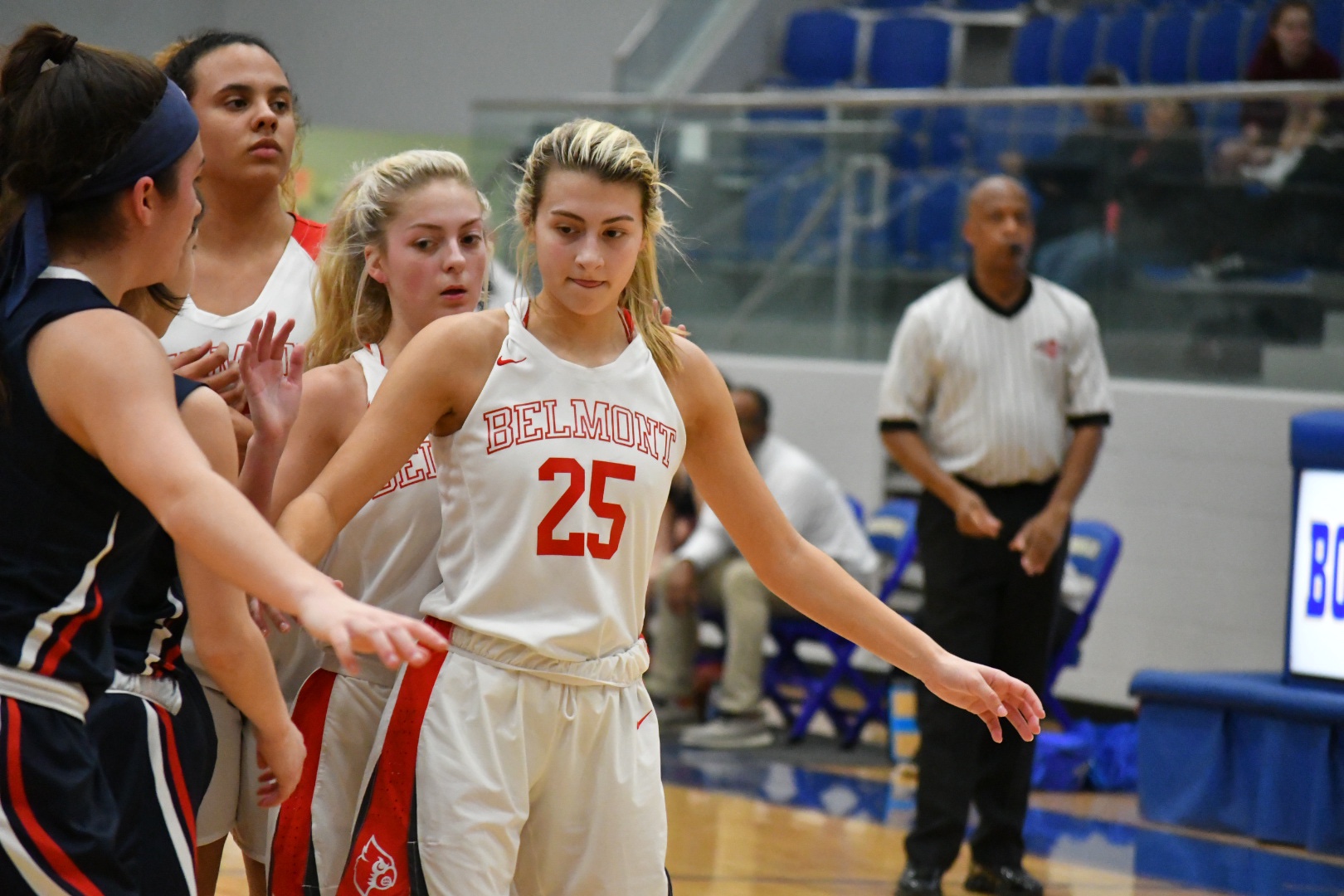 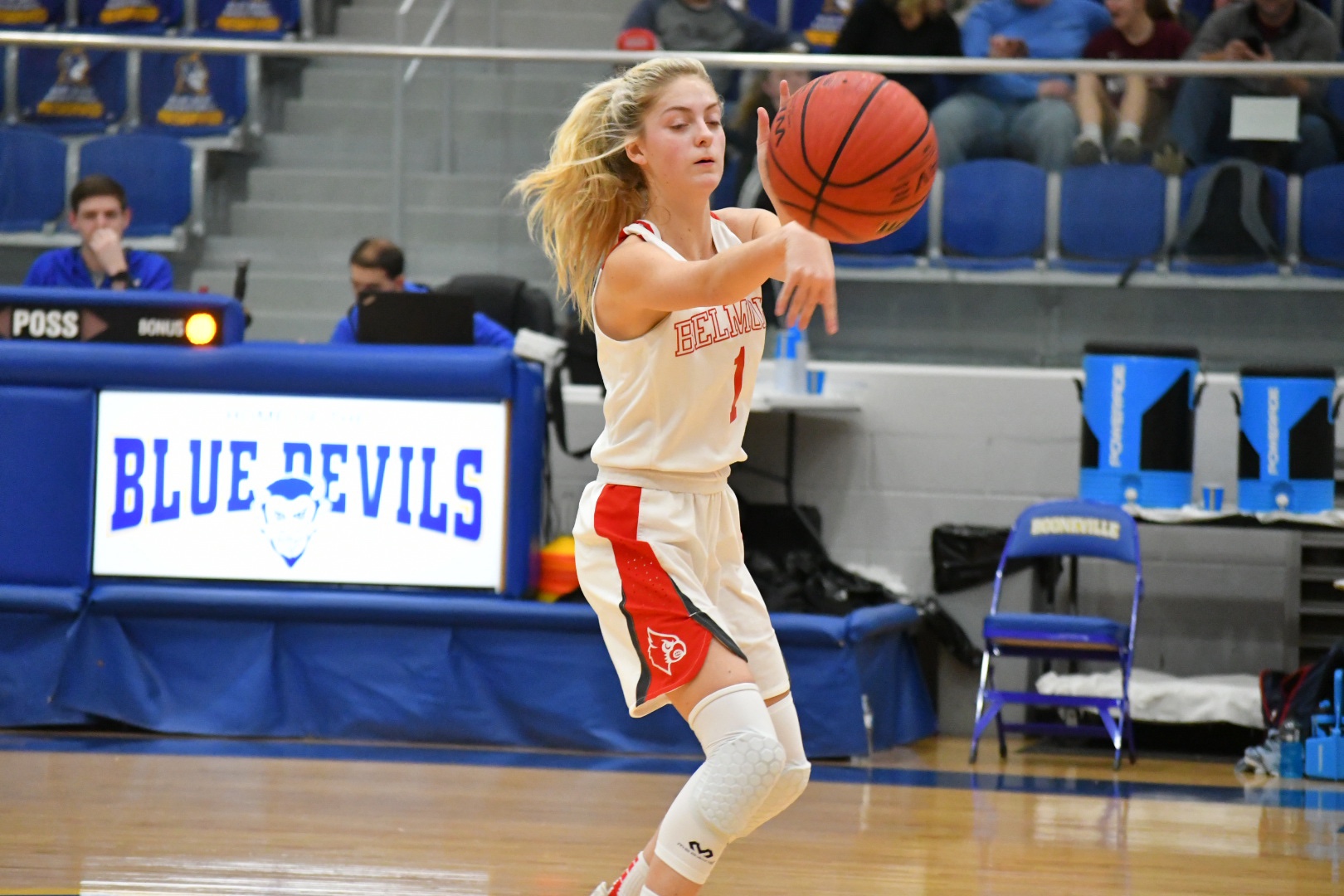 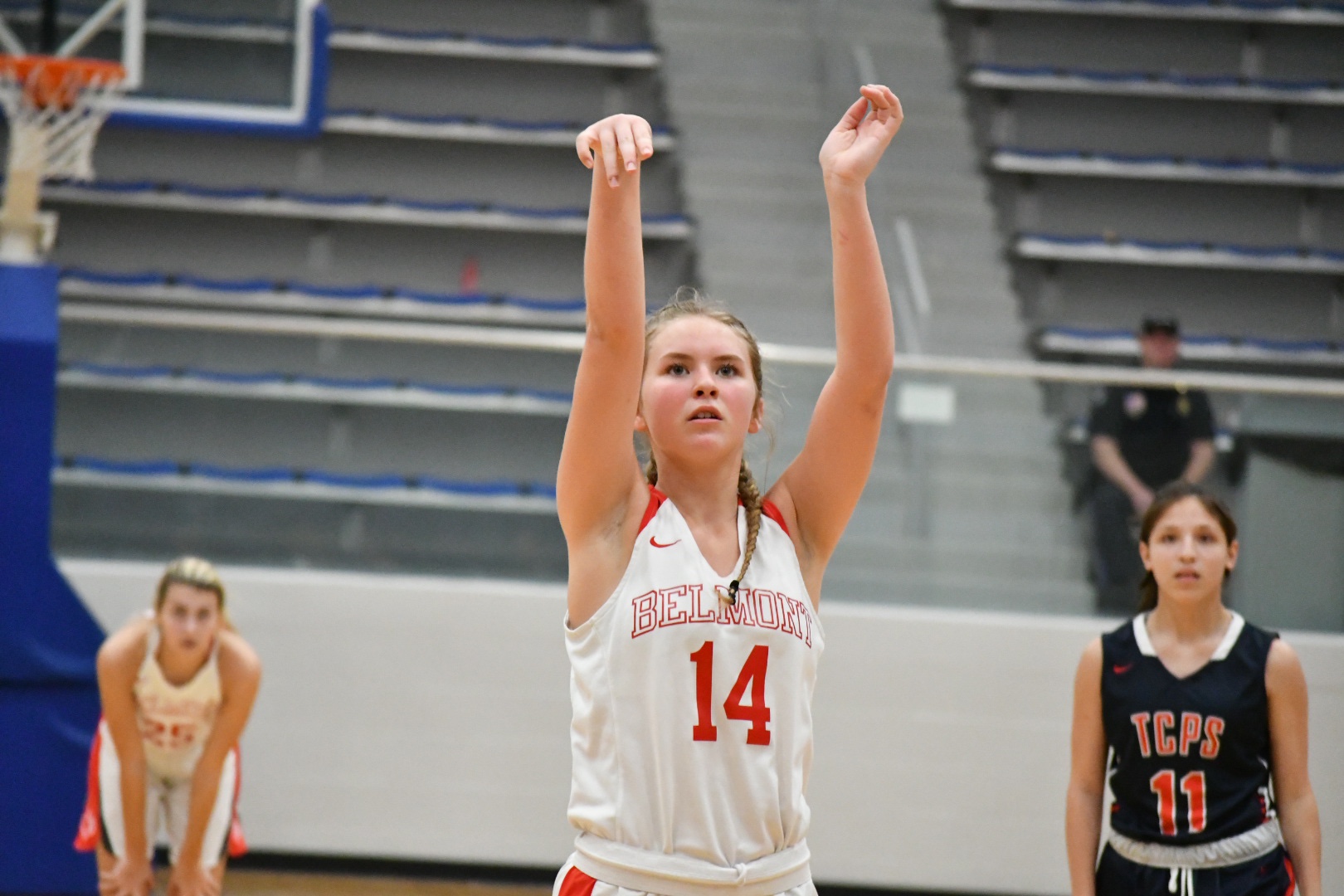 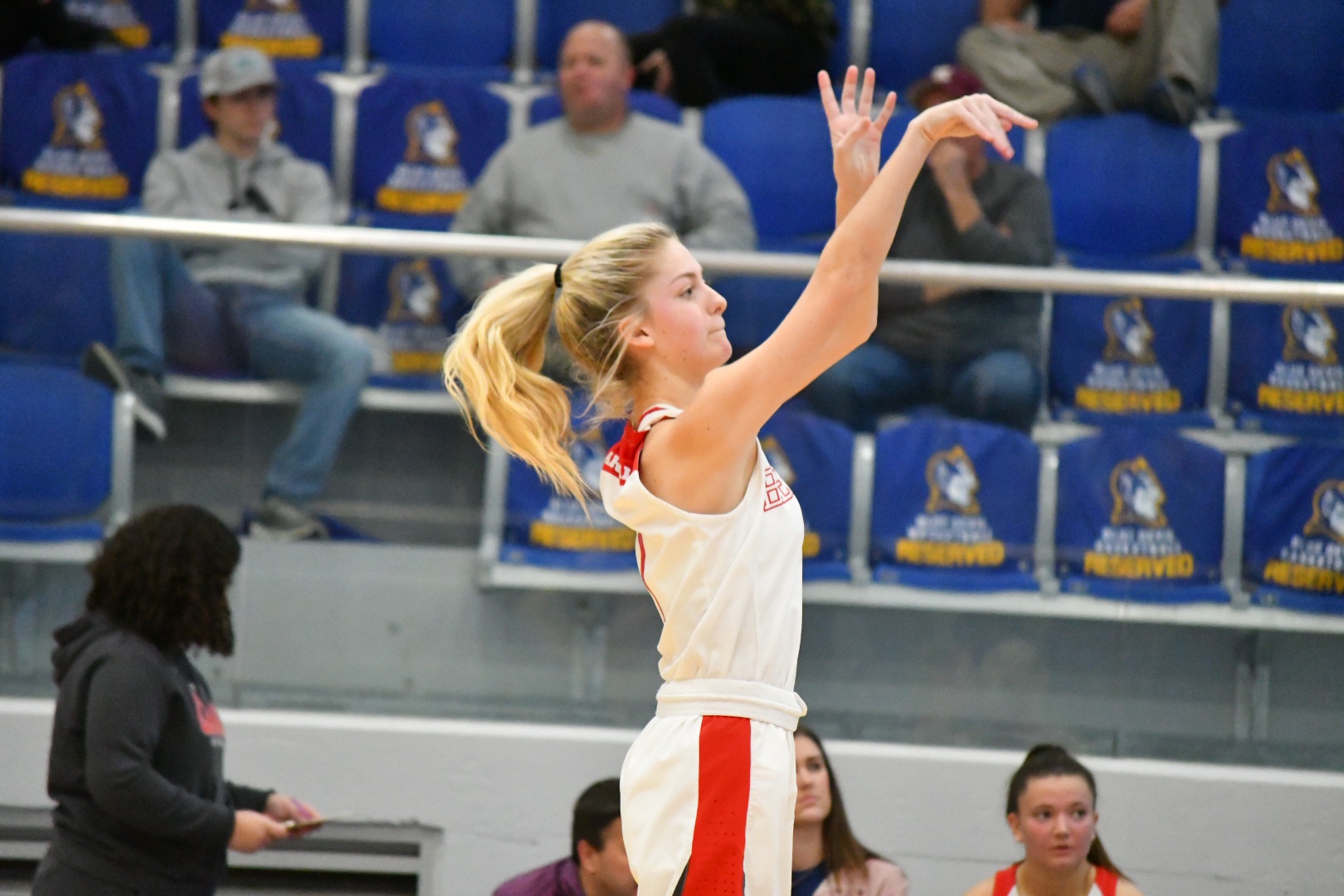 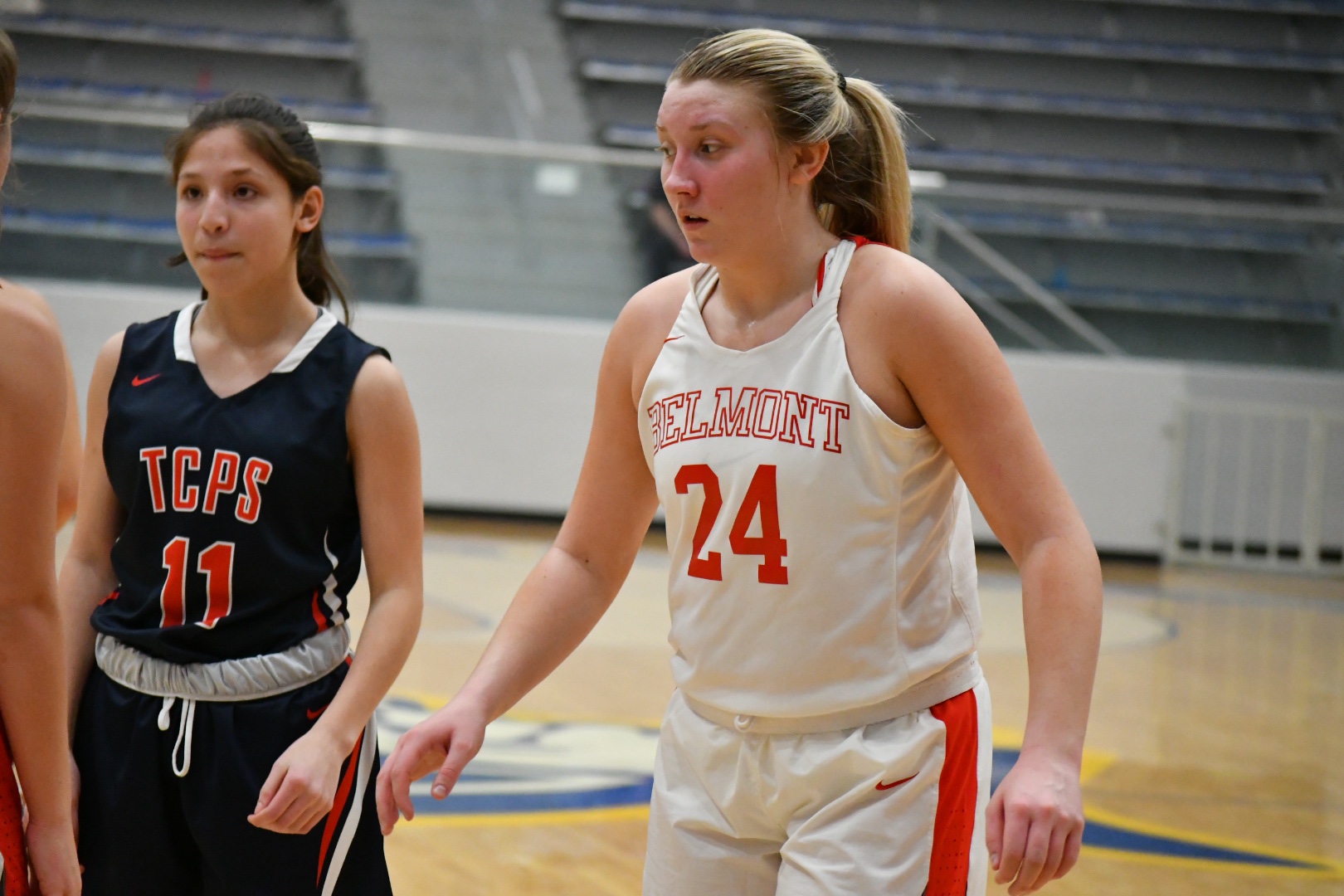 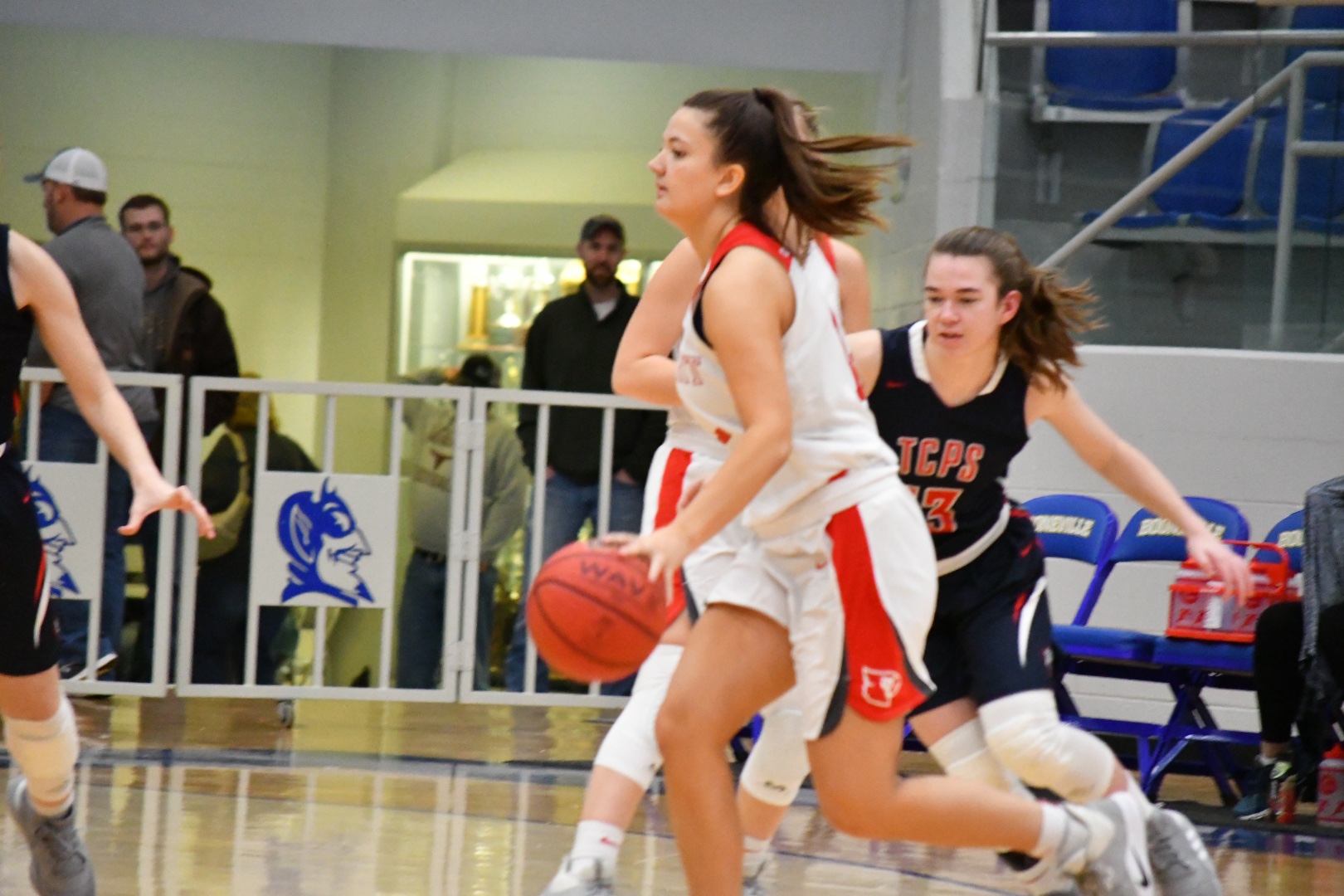 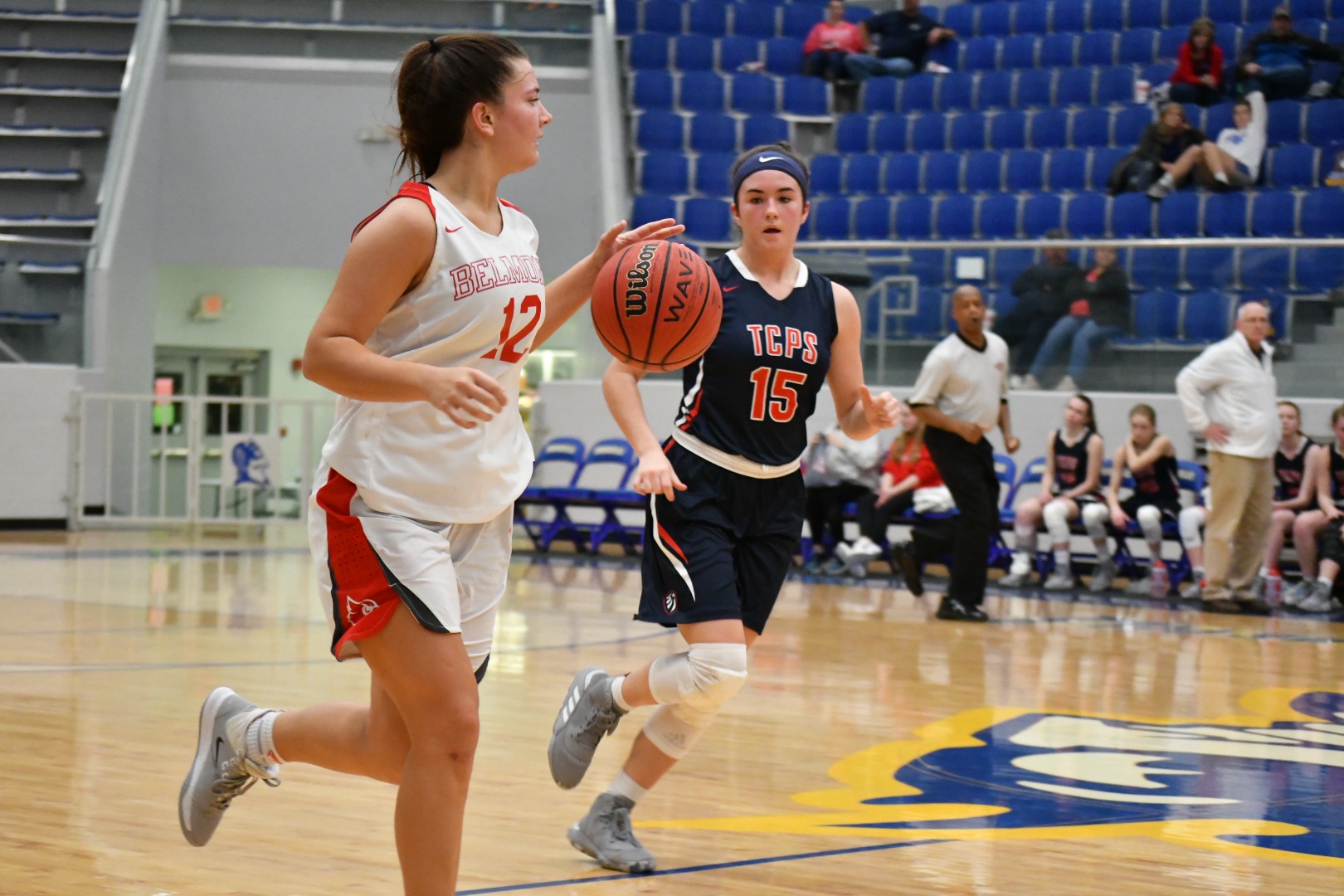