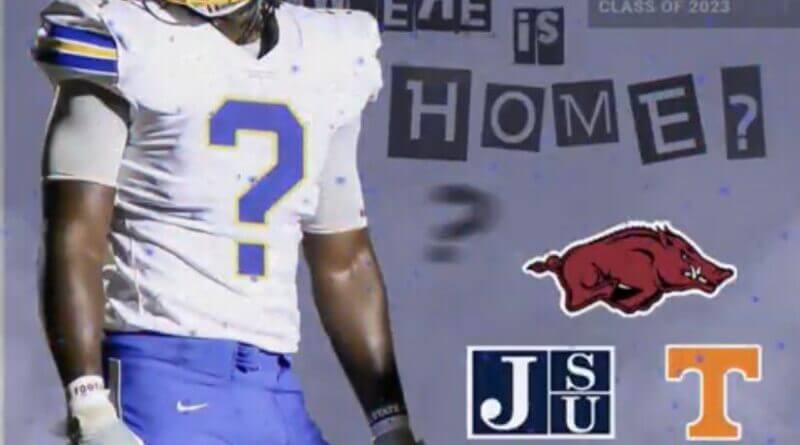 Sanford has set up official visits to Jackson State for September 17th and Arkansas June 24-26th of this month. He had twelve different offers to begin with. Southern Miss, Memphis, Middle Tennessee State and Arkansas State are amongst the twelve to offer.

Across most recruiting sites he is projected to go to University of Arkansas. He looked to had a good time when he took an unofficial visit there back in the spring.

“I felt like it was good for me to pick the schools that care about me more than a football player, but also as a man,” said Alex Sanford, Jr. “As of right now those three schools just so happen to do that. All three schools are recruiting me for inside LB. The biggest factor that comes into play when choosing a school is family. I’m super big on family so the program has to be family oriented.”