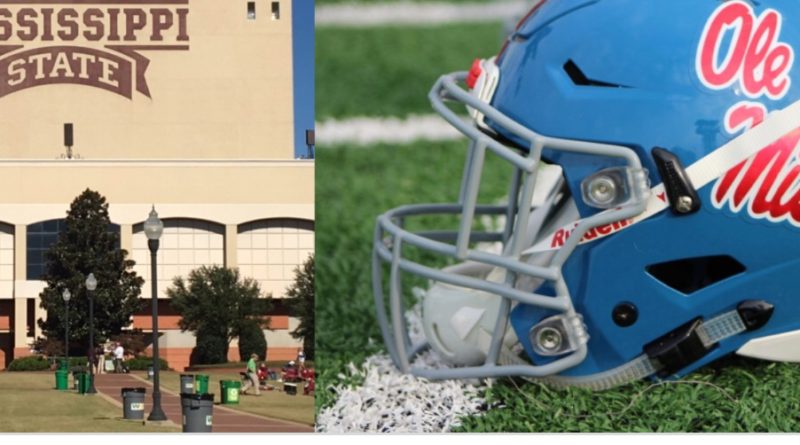 Ole Miss recorded the second most yards in SEC history yesterday against ULM. Matty Ice looked legit in the Rebels first extended look at him. 800 yards is pretty good, IMHO. 4-2 is exactly where they should be at this point in the season.

Ole miss needs to put the athletes they have to spare (Armani Linton, tylan Knight, etc.) on defense full time. Defense is MUCH easier to coach than offense if you have the athletes. The offense has more than enough athletes to spare. See if some running backs and receivers can play safety and nickel. Also, the defense should focus much more on blitz packages, quarterback spies and exotic looks.

We hear Ole Miss is hard selling Nakobe Dean on being “the face of the comeback”. Might work, might not, but that is the idea.

State ran the football yesterday. Putting Kylin Hill in motion was a nice wrinkle. But, the victory boiled down to this: Nick Fitzgerald is the best running quarterback in SEC HISTORY. Solid win for the bulldogs.

This is what JoMo’s thought process has been: he wanted to run his offense but did NOT have the personnel to do so. He’s in a predicament now, though: he can’t win running his system but he won’t be able to recruit the players he needs to run his system as easily if he can’t run the offense to showcase it. The fan base, donors and everyone pretty much said “scrap your offense, run Fitz 30+ times a game and win some games”. Will it affect recruiting? Very probably (big time receivers aren’t interested in blocking downfield 80% of the snaps). It’s a tough spot. Bottom line: states two losses are because JoMo hadn’t done what he did last night all year as far as offense scheme. The Bulldogs can win more games if he sticks to what this team is built to do.