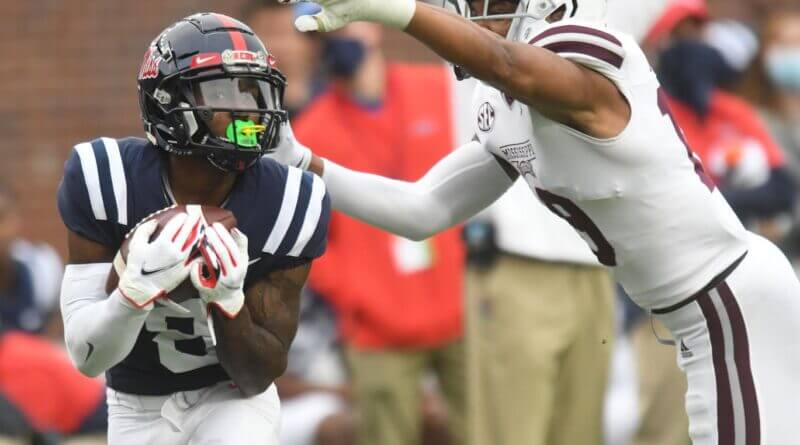 For the first time since 2017, the Ole Miss Rebels will keep the Golden Egg in Oxford.

In a hard-fought rivalry matchup that went down to the wire, Lane Kiffin and company held on for a dramatic 31-24 victory over the Mississippi State Bulldogs.

“Really neat win. First time part of this rivalry. You can feel the energy from our fans. We didn’t play great. Really thought we should’ve opened the game up in the first half. Great to come across with a win. Wish we’d played cleaner and better,” said Coach Lane Kiffin.

Ole Miss seemed poised to open the game up with two first-quarter scores to start the game with a 14-0 lead.

However, from that point on, one could argue Mississippi State played a cleaner game. Will Rogers struck with a touchdown pass near the goal line to Malik Heath to get the Bulldogs on the board.

Coach Kiffin’s aggressive play-calling left six potential points off the board with two failed fourth-down conversions in the red zone, which allowed Rogers to hook up with Heath one more time to bring the halftime score to 21-7 in favor of Ole Miss.

The third quarter became a defensive slugfest with no points scored. While it wasn’t perfect for the Rebels, newly eligible Otis Reese brought extra effort and energy to a defense that has struggled at times this year.

”I was mainly focusing on every aspect of winning the game,” said Reese.

The fourth featured just enough from the Rebel offense to seal the win. An early field-goal by Luke Logan and late touchdown run by Jerrion Ealy gave Ole Miss a ten-point lead with under five minutes to go.

Mississippi State responded with a field goal, and while they could not recover the onside kick, they got the ball back and made some noise to end the game.

A heave from Rogers to Geor’quarius Spivey allowed the Bulldogs to have one final shot at the endzone to tie the game up. However, Deane Leonard was able to bat the ball down and secure the Egg Bowl victory for the Rebels.

With the win, Ole Miss improves to 4-4 while Mississippi State falls to 2-6. Both teams will have a bye next week due to rescheduling by the SEC earlier in the week.