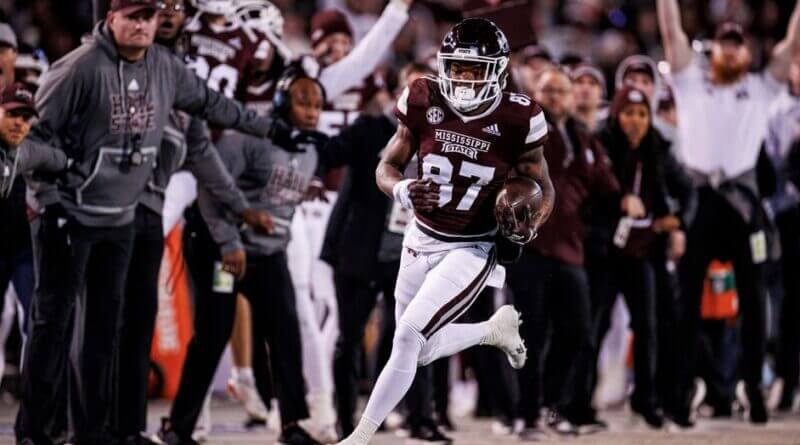 Mississippi State’s Zavion Thomas has been named to the 2022 Football Writers Association of America (FWAA) Freshman All-America Team, it was announced by the organization on Thursday (Jan. 12).

A true freshman return specialist and receiver, Thomas finished his rookie campaign ranked fifth nationally and second in the SEC in punt return average (13.5). Thomas returned 15 punts on the season for 202 yards and a 63-yard punt return touchdown. Thomas becomes the 11th Bulldog in program history to be a named a Freshman All-American.

Thomas saw action in 11 games for the Bulldogs in 2022, helping guide MSU to a 9-win season following a win over Illinois in the ReliaQuest Bowl on Jan. 2 in Tampa.

Founded in 1941, the Football Writers Association of America consists of journalists, broadcasters, publicists, photographers and key executives in all areas of college football. The FWAA works to govern media access and game day operations while presenting awards and honors, including an annual All-America team.