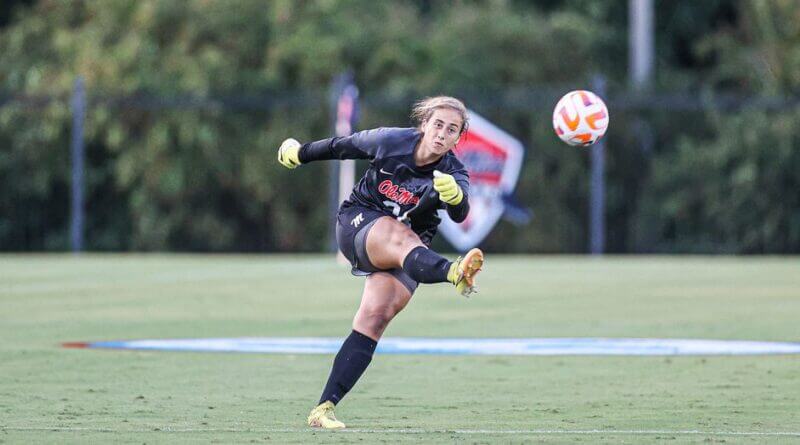 Three-time SEC Goalkeeper of the Year Ashley Orkus capped off a tremendous collegiate career by being drafted in the 2023 NWSL Draft. The Ole Miss all-time leader in career saves and shutouts was selected as the 47th overall pick in the fourth round by the KC Current.

She joins former Rebels CeCe Kizer and Channing Foster as active Rebels in the NWSL. Kizer and Orkus will be teammates with KC Current.

Orkus’ selection marks three-straight years and four out of the last five that Ole Miss has had a Rebel selected in the NWSL Draft. Ole Miss is one of just two SEC programs to have players selected in the last three drafts (Vanderbilt) and has had the most total players drafted in the SEC since 2019.

Orkus was named SEC Goalkeeper of the Year for the third-straight time in 2022 after setting career-bests in shutouts, goals against average, and goals allowed. The Alabama native allowed just 19 goals on the season, giving her a GAA of 0.94 through 20 matches. She posted 10 clean sheets, including a streak of five-straight to open the season and three in SEC play. Her 67 saves were fourth-best in the SEC and her 10 shutouts were third-most in the conference.

Orkus became the Rebels’ all-time shutouts leader on September 1 against Louisiana Tech with her 23rd clean sheet and finished her career with 29 total shutouts to her name. She also finished second all-time in career goalkeeper wins with 41, just one behind former Rebel Kelly McCormick.

She also became the first Rebel goalkeeper ever to reach the 300 career saves mark and reached 318 total saves before the end of the season, setting a new all-time career record for Ole Miss.