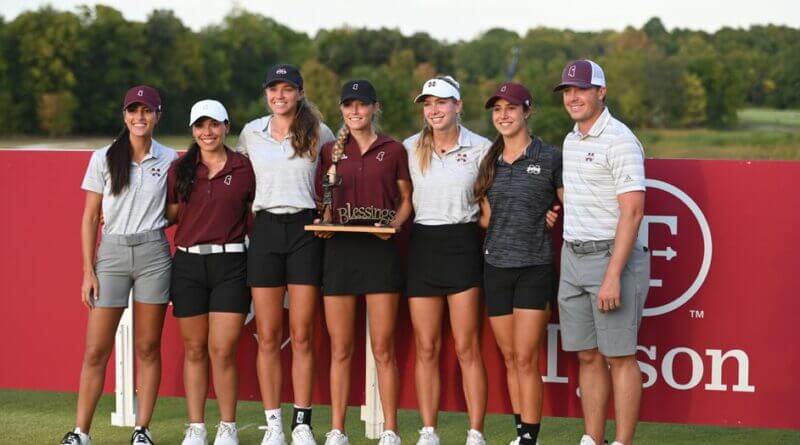 The 8th-ranked Mississippi State women’s golf team has done it again. For the second time in as many tournaments, the Bulldogs are coming back to Starkville as champions, this time of the Blessings Collegiate Invitational. Adding to the team’s celebration was the individual title won by Julia Lopez Ramirez.

As a team, the Bulldogs recorded an exceptional final round that featured two eagles on the back nine by Hannah Levi and Julia Lopez Ramirez to seal the victory. The Bulldogs have now turned in two phenomenal final rounds in back-to-back events to come from behind to capture the team title.

Izzy Pellot has been very reliable for MSU through her first three career events. Each event, Pellot has improved her score and placing. It the final round of at the Blessings, Pellot carded a 2-over par 74 to finish tied for 11th at the event. Pellot carded the sixth most birdies of the event (11). This was Pellot’s second consecutive top 15 finish of her career.

Hannah Levi was very effective in her final round from Fayetteville. On the front nine, Levi parred seven and added a birdie that allowed State to begin building their lead at the top of the leaderboard. On the back nine, Levi sunk an eagle on 15 to propel State to a double-digit stroke lead over Ole Miss with only three holes left to play. Levi carded a third-round score of 1-under par to finish in a tie for 11th with a three-round score of 223. This was Levi’s 11th career top 15 finish.