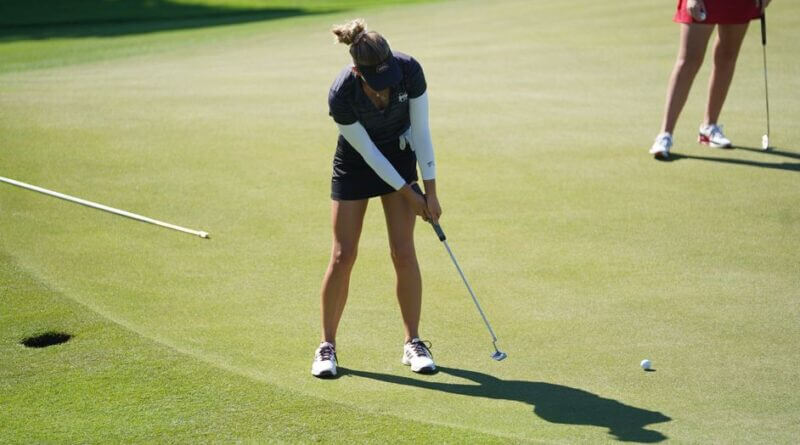 The seventh-ranked Bulldogs completed the second round of the Battle at the Beach on Saturday. After 36 holes from Cabo San Lucas, State is 7th shooting 8-over (576).

After a tough first round from Mexico, the Bulldogs did what they have done best throughout the fall and responded well to adversity. State used strong performances from up and down the scorecard to record a team score of 7-under in the second round. The Bulldogs used three individual rounds in the 60s to propel up the leaderboard six spots heading into the final round. 7-under par is the 15th lowest team round in school history.

The Bulldogs were led by All-American Julia Lopez Ramirez in the second round. Lopez Ramirez responded well in the second round, carding her 13th round in the 60s in the maroon and white to surge up the leaderboard 40 spots from 55th to 15th (even-par, 142) heading into the final round. Lopez Ramirez was on fire on the front nine, playing bogey-less golf that featured four birdies and five pars before losing another stroke on the back nine to secure 5-under on the day.

Abbey Daniel used the second round to jump up the leaderboard as well, moving from 77th to 39th (5-over, 147) heading into the final round. Daniel used strong play throughout the round, sinking 11 pars and adding 5 birdies to secure her 5th round in the 60s for State (3-under, 68).

Freshman Surapa Janthamunee was the third Bulldog of the day to card a round in the 60s. Throughout the second round, Janthamunee played the best round of her collegiate career so far. Janthamunee sunk seven pars on the day while adding 6 pars to post her first round in the 60s in the maroon and white (2-under, 69). Janthamunee moved up the leaderboard 17 spots heading into the final round from 34th to 17th (1-over, 143).