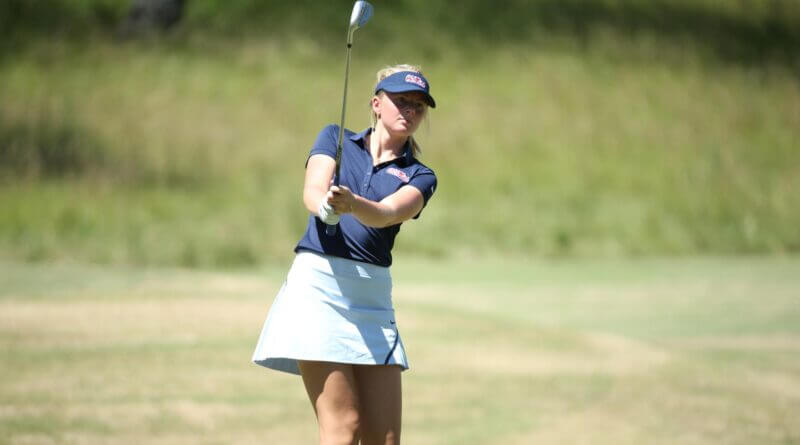 The Ole Miss women’s golf team capped off the 2022 Blessings Collegiate Invitational with a second place finish overall as a team, finishing with a three-day score of 885 (+21) in Fayetteville, Arkansas.

The Rebels connected on 44 total birdies as a team, alongside ranking second in the field in par-4 scoring (+27). Ole Miss was also the only women’s team at the Blessings to see two golfers finish inside of the top 5 individually, with Andrea Lignell and Chiara Tamburlini earning second and third place finishes.

A day three scorecard of 74 (+2) wrapped up Lignell’s time in Fayetteville. The Gothenburg, Sweden, native finished 2-under par on the week to secure a runner-up finish. Ranking second in the field in par-5 scoring (-6), Lignell has now finished either first or runner up in both of her tournament appearances to open the 2022 fall season.

Tamburlini saved her best round for last on Wednesday, firing home a team-best 68 (-4) to leap up into a third place finish overall in her season debut for the Rebels. The finish marks the sixth top 5 finish of Tamburlini’s career, as well as the third career top 3 finish for the senior.

Sophomore Natacha Host Husted earned her second straight top 20 finish for the Rebels this season, grabbing a share of 18th overall with her three-day score of 227 (+11). Host Husted wrapped up her time at the Blessings ranked second in the field in par-4 scoring (E), behind only the eventual tournament champion Julia Lopez Ramirez.

Senior Ellen Hume also saved her best round of the week for day three in Fayetteville, shooting a 73 (+1) to finish 13-over par and tied for 26th. Hume finished tied with Lignell for the team-high in birdies on the week, sinking 12 over her three rounds of play.

Rounding out play for the Rebels was freshman Molly Hardwick, who finished 49th overall in her collegiate debut.