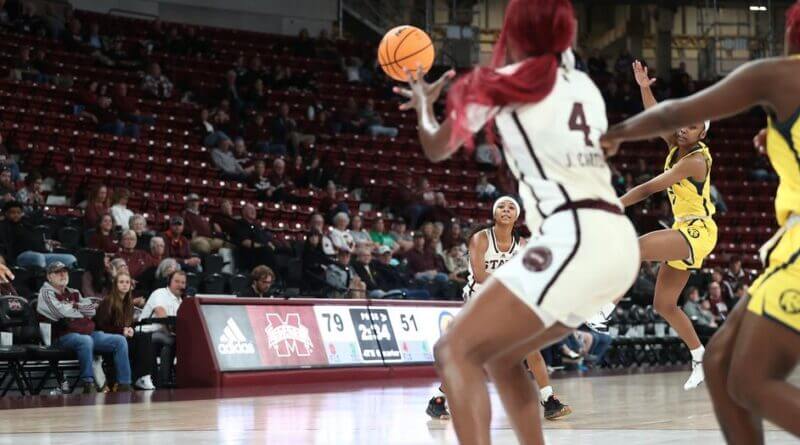 Mississippi State forced the Lions to turnover the ball 30 times, the most this season, scoring 37 points off those turnovers. The Bulldogs entered Sunday averaging 12.7 steals per game, the best in the SEC, and forced a season-high 17 steals vs A&M-Commerce. Following the game, State is now averaging 13.1 steals per game. State had five players score in double-figures on Sunday. It’s the seventh game this season with four or more players scoring in double-figures.

JerKaila Jordan led the Bulldogs with seven steals, which is tied for seventh in program history in a single game. Jordan added 12 points for her 50th career double-digit scoring game on the night. Jessika Carter recorded her fifth double-double of the season, the 23rd of her career, with a team-high 18 points and 12 rebounds.

Debreasha Powe tied for the team-high with 18 points leading to her sixth career game scoring in the double-figures. Powe added eight rebounds. Ramani Parker made a statement with seven rebounds and three blocked shots in the first half. Anastasia Hayes led the team with 10 assists, the first 10-assist game for a Bulldog since Dec. 1, 2021. Hayes earned her second double-double of the season, the eighth of her career, with 10 points.

Jordan started the second quarter with a three-point shot which started an 11-2 run for the Bulldogs. The runs continued late in the game when MSU used a 22-4 run to close the ballgame.

• The Bulldogs totaled nine steals in the first quarter and ended the game with a season-high 17.

• Jordan’s seven steals is tied for seventh in program history in a single game.

• Bulldogs held the Lions without a field goal made for the last 5:19 of the third quarter

• MSU outscored TAMUC 22-7 in the fourth. State held the Lions scoreless from the 7:34 mark to the 29-second mark in the quarter.