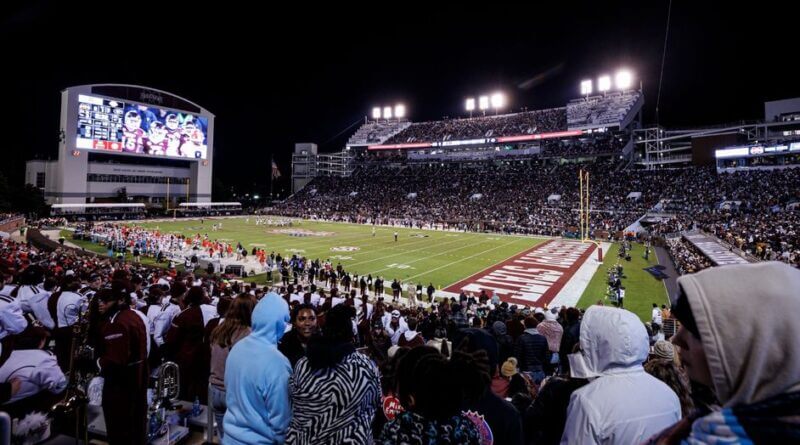 No. 22 Mississippi State’s 13th consecutive bowl appearance is now official as the Bulldogs will face off against Illinois in the ReliaQuest Bowl on Monday, Jan. 2, 2023.

The game is slated for an 11 a.m. Central time kickoff on ESPN2 at Raymond James Stadium in Tampa, Florida.

Tickets are now available for purchase online for fans. Tickets for individual reserved seating in sections 144, 243, 244 and 245 are now available through the Mississippi State Ticket Office. Fans purchasing should request their preferred seat location at the time of purchase.

Mississippi State ended the regular season ranked in the top 25 of all three major polls and will be making its 26th bowl appearance overall, including a program-record streak of 13 straight. The Bulldogs are one of only seven programs in the country that have gone to a bowl game every year since 2010, which is the third-longest streak in the SEC only behind Alabama and Georgia.

“Mississippi State is thrilled to be a part of the ReliaQuest Bowl and compete in a bowl game for the 13th consecutive season,” Interim MSU Director of Athletics Bracky Brett said. “Coach Leach and his program have built a ton of momentum over the past month, and we look forward to seeing a strong contingent of Bulldog fans throughout the city of Tampa to close the year.”

Head coach Mike Leach guided the Bulldogs to an 8-4 record in his third season in Starkville. Leach is one of the most successful coaches in the history of college football as his 158 career wins as an FBS head coach are the second-most among active SEC coaches and tied for fifth among action Power 5 coaches. In his 21 years as a head coach, Leach has guided his teams to a bowl 19 times.

In three seasons, Leach has led Mississippi State to seven wins over AP-ranked opponents, all coming while MSU was unranked. Those seven wins are tied for the second-most by an MSU head coach. Five of the seven wins have come on the road, which is the most by any MSU head coach.

“We are excited to play in the ReliaQuest Bowl against a quality, well-coached Illinois team,” MSU head football coach Mike Leach said. “We look forward to continue competing, improving and building on the positive momentum surrounding our program. Our players and coaches are excited for the practices and preparation ahead.”

Mississippi State is 14-11 all-time in bowl games and 7-5 during its current bowl streak.

It will mark Mississippi State’s second trip to the ReliaQuest Bowl, which was formerly known as the Outback Bowl prior to this season. The Bulldogs lone appearance came back in 2019 at Raymond James Stadium in Tampa.

Mississippi State has not met Illinois on the gridiron since 1980 and the two have never played one another in the postseason. The Bulldogs are 1-1 against the Fighting Illini in the all-time series with both meetings coming in Champaign. State took home a 28-21 victory in the last meeting on Oct. 4, 1980.