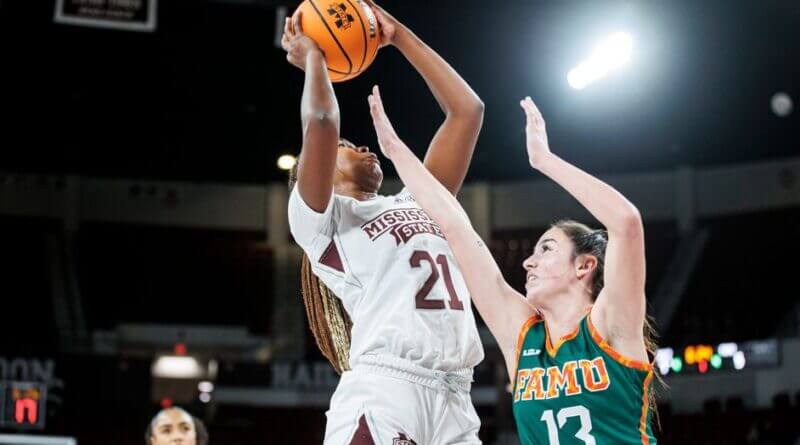 Mississippi State dropped a hard-fought contest, 80-69, at Tennessee on Thursday. The loss moves MSU to 12-4 on the year and 1-2 in the SEC.

Mississippi State improved in all aspects of the shooting game. State was dominant from the three-point line, shooting 50% (8-for-16) and 44% (27-for-62) from the field. State improved immensely from the free-throw shooting, 70% on the night.

Debreasha Powe had a career-high night, scoring 21 points, the first 20-point game of her career, with eight rebounds. Powe doubled her career-high in made threes, knocking down six against the Lady Vols. This is Powe’s fourth game this season, shooting 60% or higher from the three-point line.

Jessika Carter recorded her third 20-point game of the season, scoring 21 points and nine rebounds. After shooting just 30% from the field against Florida A&M on Dec. 15, Carter has improved to shooting 50% or above; Carter went 9-17 (53%) from the field. Anastasia Hayes recorded a season-high with 11 assists, her second game this season with double-digit assists.

The Bulldogs will return home on Sunday, Jan. 8, when they welcome No. 1 South Carolina to Starkville. The game was recently moved to ESPN2 and will tip off at 12 p.m. Central time.