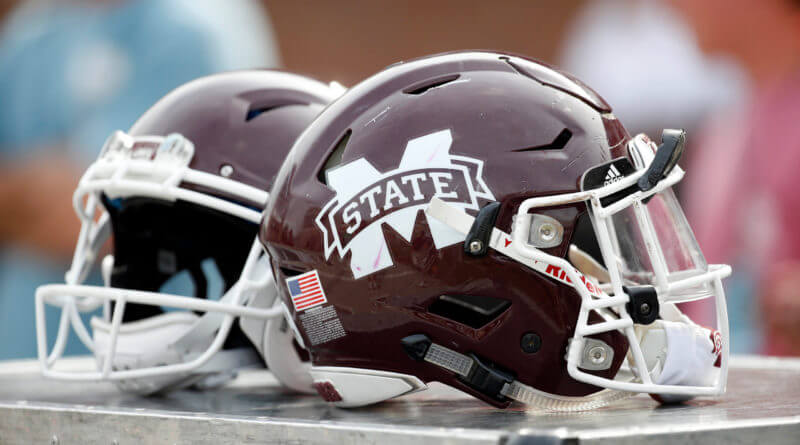 It seems the answer to a prolific Mississippi State “air raid” offense is an even better stoic defense.
That is what Arkansas bought to Davis Wade Stadium and handed the Bulldogs a 21-14 loss Saturday night.
The difference in the game is an interception by Arkansas returned for a 69-yard touchdown on Mississippi State’s (1-1) opening drive.
The No. 16 Bulldogs rallied from the interception and tied the score at 7-7 on JaVonta Payton’s 17-yard reception from quarterback K. J. Costello. Notably missing in the offense was Kylin Hill, who went down to injury early in the game. After the game, Bulldog head coach Mike Leach said he could not update the media on Hill’s condition at that time.

Arkansas scored 14 unanswered points to go up 21-7 before Dillon Johnson’s six-yard run with 7:21 in the third quarter bought the Dogs within a touchdown. Brandon Ruiz’ extra point became the last points scored in this tough defensive contest.

Leading the Bulldog defense was senior linebacker Erroll Thompson with a team high 13 tackles, which gave him back-to-back 10-tackle games for the first time in his career. Thompson now has seven career games with double digit tackles.
Defensive end Marquiss Spencer forced a fumble in the second quarter which was recovered by safety Londyn Craft. Linebacker Aaron Brule recovered a fumble and recorded a sack in three consecutive games.

Picking up a sack in the fourth quarter was defensive tackle Nathan Pickering, which gave him at least a .5 tackle in the last six games.

Leach said the defense played pretty well other than giving up explosive plays and some miscommunication. “We could have adjusted to their tempo better. I didn’t think defensively we played as well as we could have,” he said.
Costello threw for 313 yards on 43 of 60 passes, one touchdown and three interceptions.

Leach called the breakdown as self-inflicted wounds on the part of the Bulldog team. “I thought they played harder than we did,” Leach continued. “I think some of our inconsistency was revealed.”

As for playing his first game at Davis Wade, Costello said it was a great atmosphere. Attendance was 13,564. “[It was] a beautiful night for football. Unfortunately, we couldn’t give this team, this locker room, this organization what we wanted,” he said.

The Bulldogs will be on the road to Kentucky (0-2) Sat., Oct. 10 at Kroger Field in Lexington, Ken. Kickoff is slated for 6:30 p.m. central and the game will be televised by SEC Network.