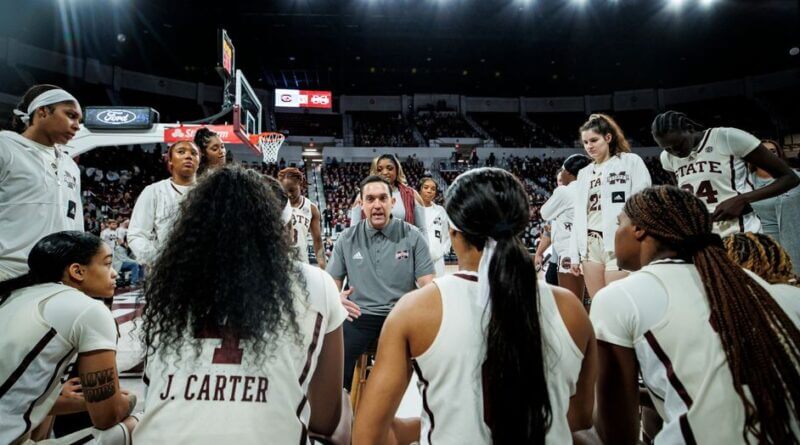 Mississippi State women’s basketball gave the No. 1 ranked South Carolina Gamecocks all they could handle Sunday, falling 58-51 in front of a crowd of over 5,700. The loss drops the Bulldogs to 12-5 on the year and 1-3 in the SEC.

The Bulldogs continued their elite defense play on Sunday, holding South Carolina to their lowest point total of the season (51), despite the Gamecocks averaging over 85 points per game. This was just the third time this season that the Gamecocks won by single digits. This was the fewest points scored by South Carolina in an SEC game since scoring 57 against Texas A&M on Feb. 28, 2021.

Head coach Sam Purcell continues to preach being an elite defensive unit, and once again, one of the best defenses in the nation was on full display. State held the Gamecocks to their lowest field goal percentage this season (30.3%) and their sixth-lowest total from behind the arc (22%, 4-for-18). State out-blocked the Gamecocks 7-5, with Jessika Carter leading the way with 4 blocked shots. Carter currently leads the SEC in blocked shots.

JerKaila Jordan led the Bulldogs with 13 points, five rebounds, and three assists. Following closely behind was Jessika Carter with 11 points and nine rebounds, her fifth consecutive game scoring in double digits. Carter scored nine of her 11 points in the fourth quarter.

With momentum squarely on the side of the Bulldogs in the third quarter and State on an 8-0 run, cutting the deficit to just one (37-36); momentum shifted towards South Carolina as five straight fouls were called on MSU, zero on the Gamecocks, in the final 2:32 of the third. Due to all the stoppage of play during that stretch, South Carolina was able to go on a 6-0 run and extend their lead to seven entering the final quarter.

In the contest, South Carolina won the free throw attempts battle by a staggering 24-5 margin.