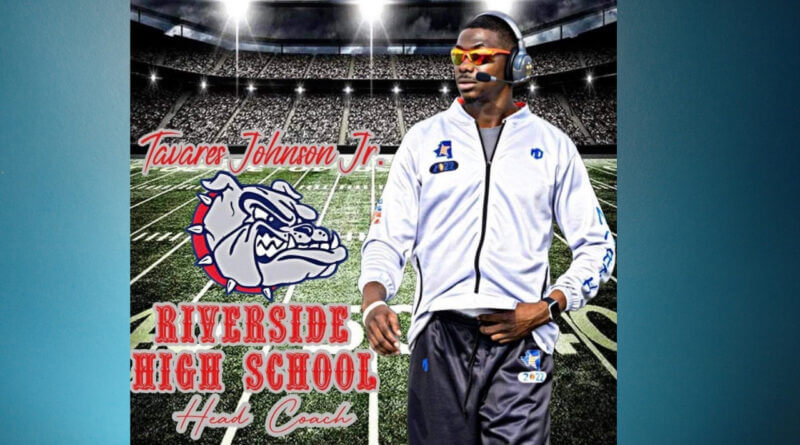 LOUISVILLE — Their has been some long Autumns the past decade and a half for Avon, MS. The Riverside Bulldogs haven’t produced a winning season since I thought I was the coolest guy on Miss State’s campus. In the last three seasons they average one win a year. Ray Charles can see it is time for a change.

Well the administrators have made that change and it starts with Coach Tavares Johnson Jr. A very young candidate, but a proven winner. He has coached two state runner up teams. Him and his dad have been a great coaching tandem in the state since Tavares Junior started.

His last coaching job was offensive coordinator for Hollandale Simmons. The juggernauts of the Delta. Last year with the help of Coach Johnson they made it to the 1A State championship, but fell short to Bay Springs. Prior to that he was at Northside where they made it to state and lost to Ty Keyes and Taylorsville. It was only the school second year in sanction.

Coaching Johnson is very familiar with winning and not just on the high school level. He is a three time SWAC Champion. He won those championships at Alcorn State.

Coach Johnson also coached along his dad at the Inaugural Magnolia State All Star Game, Dec 30, 2021 for the North at East Central Community College in Decatur, MS. His team won that game in a close match up.

Hired at the age of 25 Coach Johnson is one of the youngest head coaches to ever be hired in the state. With that being said he brings a lot of young energy to the game. He can relate well with his players and has proven that he can get kids to buy into what he is selling. We were able to sit down and get an interview with him.

How do you feel about your new job and what made you interview for the position?

I feel pretty good and excited for the opportunity, and I think I was called here to make a change in this school, community, and program.

Do you plan on being the HC/OC or will you be looking into more of a manager role?

Last year Riverside was winless and their defense gave up almost 276 points and their offense only scored 8 points. What are some of your plans to change that immediately?

First thing is to create structure, a plan, and give these kids a new platform to be proud of and to represent.

What are you expecting out of your assistant coaches?

To come in and follow the course, match my energy and believe in philosophy, accountability, be reliable and dedicated.

What do you expect out of your players?

What do you bring to this program and what will you have instilled there once you leave?

Hardworking, self-motivated, loyal, and a knowledgeable mentor with a relentless, positive attitude to push those I coach to be the best version of themselves.

How was the experience coaching in the Magnolia State All Star game?

The MSA Game was a great experience, especially being hands on with some of the top talents in the state. Gave those guys a game plan and they grasped the concept well, and went out to preform and represent their cities/towns. Connected with a lot of coaches that weekend. It was an overall win. I think that game brought me to this HC opportunity.

How was it coaching under your father?

Being under my father for the first 3 years of my coaching career was great and bittersweet. We coached in two state championships together with two different schools. Left a major impact and grew relationships with kids that’s doing great things on the next level. Those 3 years learning under him brought me to this point. We actually play each other this upcoming season. So that should be entertaining!

As you read earlier Coach Johnson has his work cut out for him. The Bulldogs gave up 276 points last year and only scored 8. It will be hard to get things going, but Johnson is the perfect man for the Job.

He attended Eastside High and Vicksburg. He graduated from Vicksburg in 2014. He would go on to attend Alcorn State from 2014-2018. He obtained his degree in recreation in 2018. He also spent some time in the Arena League with Carolina Energy now known as Charlotte Thunder (2018-2019).