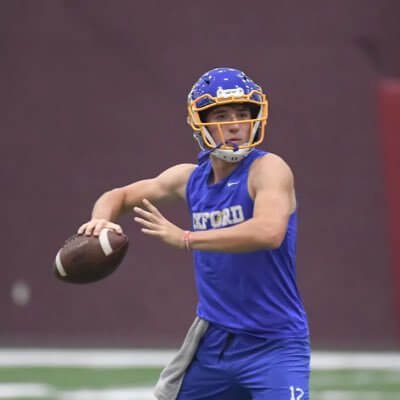 Suntarine Perkins, Alex Sanford and Mack Howard are all some guys that you will see Maxxsouth Sports broadcasting this year. These four guys have accomplished a great goal that every football player in MS wants to accomplish in high school.

Suntarine is a very talented guy from down in Raleigh, MS. He is the number 3 ranked ATH in the nation and is the number 63 prospect in the nation. This young man is lights out every Friday night on both sides of the ball. Last season he had 74 tackles, four sacks and two interceptions. On offense he had over 1300 yards and 13TDs. He is going to have another great season again this year. He has offers galore.

Mack Howard is super phenomenal on offense. He has transferred to Oxford High School and this year he has been named to the Dandy Dozen list. Mack is going to be doing some big things for Oxford. Last year he threw for 3475 yards and 47 TDs. This kid is going to be racking up a bunch of numbers this year. He is committed to Utah.

Alex is a big boy who loves some contact. He has put in a relentless grind during his high school career and him reaching this goal wasn’t a shock. He has done that with great performances on Friday. Alex is a general on defense who is committed to the University of Arkansas. They are not only getting a good football player. They are also getting a great young man. Look for Alex to have a dominating season.