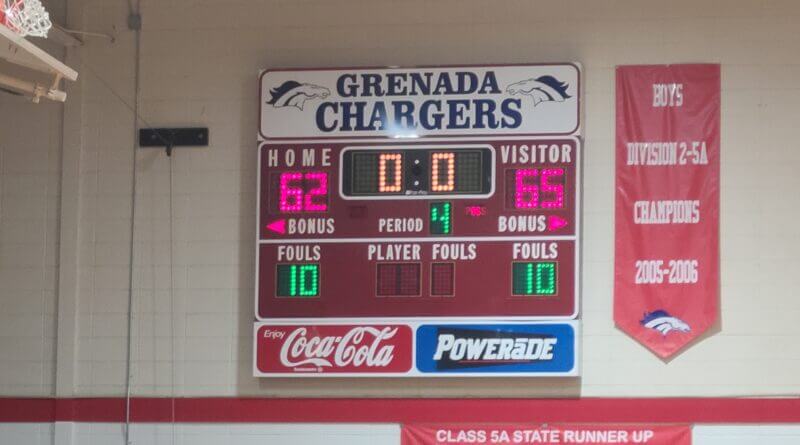 This was a very good game tonight. Neither team wanted to lose. It came down to the last minutes. Oxford came out on top, 65-62.

DJ Davis was on fire in the first quarter. He was hitting threes and dunking alley oop passes. Kobe Jones added on a three-point shot as well. Oxford was on a roll and jumped out to a 18-12 lead.

Kelton for Grenada would tie the game at 18 with 6:22 to go. Jacques Perry was having a field day rebounding the ball. He gave them the lead with 5:51 left in the game. The score was 20-18. Jones was on fire the whole second quarter. He couldn’t be stopped.

Oxford came out on fire in the second half. DJ Davis was there man. He stopped taking so many threes and started to get to the bucket. With less than five minutes in the third they were within three points. Grenada got it back going quick. Cameo Noel completed a three point play the old school way after a very contested shot. The third quarter was very competitive. After a tough shot by number 3 Oxford was back within four. The game was tied with a little under a minute to go.

Oxford took the lead with 6 minutes left in the fourth quarter for the first time in the game. This game was getting very good. It was a lot of back and forth scoring going on in the fourth. Oxford finished off strong and went home with the victory.