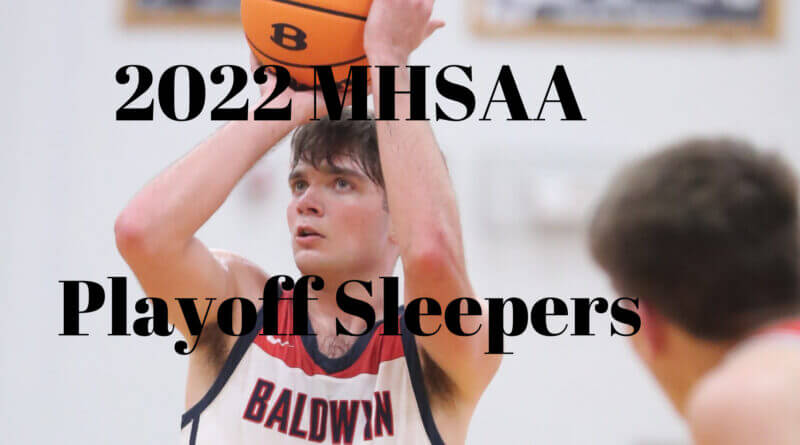 The following is a list of teams who can be considered sleepers in the 2022 MHSAA playoffs.

*Qualifications to be a sleeper: 1) Cannot be a #1 seed, 2) Cannot be the defending champion, 3) Cannot be in my projected final four

1A- West Union (18-9, Div. 2, #2) – West Union had one point losses to Ingomar and Blue Mountain earlier this season. Coach Hayles and the Lady Eagles are led by players like Emma Callicutt and Zoey Wright.

3A- Nettleton (20-6, Div. 4, #2) – Coach Kuhl and his squad lost by 2 against Booneville this year. They could make noise in the playoffs with NEMCC signee Madison Miller.

1A- Leake County (23-3, Div. 6, #2) – Senior Jacobe Hopkins and Leake County have had a great season. They didn’t win their division and that put them on the same side of the bracket as Bay Springs.

2A- Baldwyn (16-2, Div. 1, #2) – Some were talking about Baldwyn as title contenders before they lost to Pine Grove in the division final. I still think they are good enough to make a run.

4A- South Pontotoc (21-8, Div. 2, #4) – Joe Haze Austin and Pacey Matthews lead Coach Vandiver’s Cougars. They might be the best #4 seed in the state. They have a really tough chore at Shannon in round 1.

5A- Wayne County (Div. 6, #2) – The War Eagles will have to put together some magic to make some noise in the tournament.

6A- Petal (21-3, Div. 5, #2) – Petal would not be considered a sleeper by most standards, but they met my qualifications. They have some good players and could definitely run to the final four.