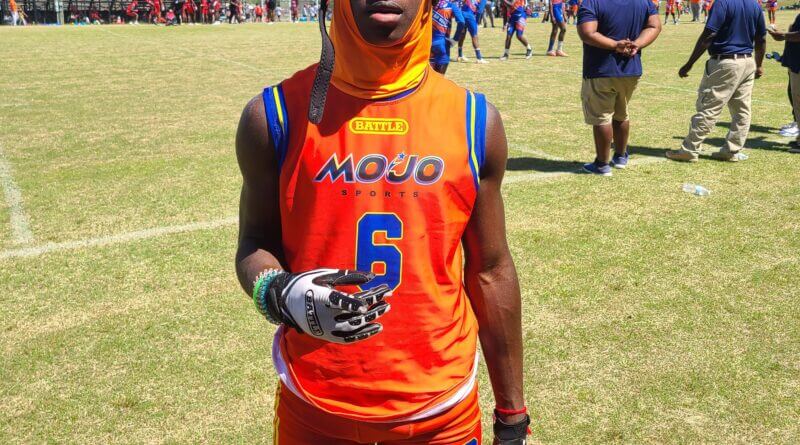 Kylan Bobo was turning heads all at in the 12u battle of the King of the Sip 7v7 tournament this past Saturday. He is very fast and can really catch the ball. The 2027 RB/S can be one of the biggest names out of his class if he does well from here on out.

Kylan is only a 7th grader. I was at the King of the Sip 7v7 tournament to cover the whole event and out of all the 12 year old kids there he stood out the most. When I went home and watched his film I noticed he is a very hard runner. He also has great vision to be so young. I think that with the right training he can be a guy that contributes early in his varsity career.

He catches the ball very well. I saw that in person and didn’t have to watch a film first to see it. He has great hands and balls skills. He times his jumps very well. He also makes nice cuts. When I see a kid that can make nice cuts I automatically think receiver.

He plays great on defense as well. He already understands most assignments that safeties should learn. Bobo just has a great feel for that side of the ball. No passes were completed deep on his side all weekend.

“Bobo is just a great kid,” said Marcus Dent. “He will be one of the biggest recruits out of his class in 2027. He loves the game and loves to be around it.”