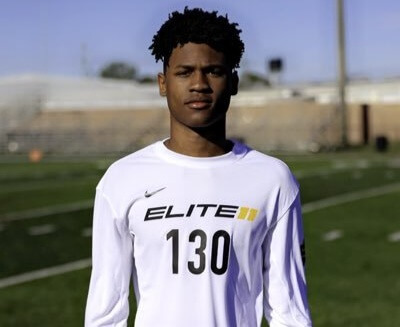 Deuce Knight is a left handed 2025 QB out of George Co. He puts a nice zip on the ball and can get out of the pocket when he needs to. He already holds an offer from the University of Indiana.

When I watched his film I was instantly intrigued. He puts the receivers in position to catch the ball and run. Deuce also puts a very nice touch on the deep ball. He also throws the ball very well on the run. He doesn’t look to immediately take off. He has the patience to let plays set up and find the open receiver.

He also has a nice set of wheels and is very athletic. Deuce can really run. There’s one read option play on his film where he goes untouched for about 60 yards and left everybody in the dust. Knight is a tall lanky guy that runs like a horse.

He has all the tools to be a top QB in the state and nation by the time he is a senior. However right now there are a few things he can work on and he is aware of that. It’s great to see he is holding himself accountable and planning on getting better at those things.

One thing I noticed about him is his leadership skills. That’s one thing I judge a QB hard on. The guy who touches the ball every play needs to be a great leader. Deuce is a leader. He is a guy that can make plays, but also rally his troops together in clutch situations.

“We started spring practice today. This off-season I have been working on gaining weight,” said Deuce. “I’m comfortable with being the leader. You know you have to have leaders if you want to be a great team. Being the QB you have to be that guy so it’s all cool with me.”

Deuce was brought to my attention by Wyatt Davis. “He’s a player. As a freshman playing in the division he’s playing in, he’s a gamer. Touch is really good and throws a pretty long ball. He will polish up footwork,” said Davis.