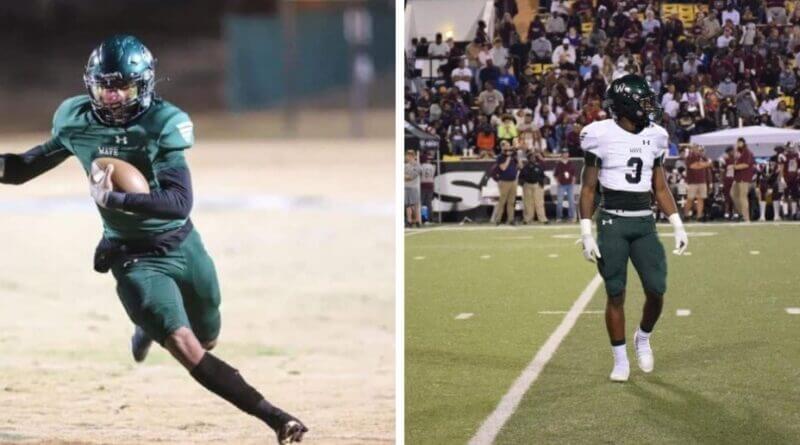 Normally when I think of West Point offensive players it gives me nightmares. I still remember when Chris Matthews almost broke my neck on a toss play in 05. Their known to have some hard nosed offensive players. These two are kind of different. They’re about speed and shifty moves.

A lot of people are comparing Kahnen Daniels to Marcus Murphy aka the Magic Man. After watching his film I see exactly why. He plays QB for the Greenwave. We all know West Point runs that unorthodox offense so him playing QB is just them having another RB. When you play that position for West Point you have to have patience. You can’t just say hut and take off running. Daniels has patience and great vision behind his runs. He is a tall lanky kid that can pick em up and put em down. Daniels is very fast and gets to the next level of defenders before you can blink. Kahnen also has great vision. He makes the cuts that have you in awe.

“The most important thing to me this upcoming season is to push myself past the limit. My whole life I been waiting to play highschool football to be able to contribute to a winning team. It’s something I love. Last year I was underrated, I still am, but I love that. I love being the underdog,” said Daniels. “Last year I looked at myself as one of the seniors. I played every game like it was my last and took advantage of every opportunity I had.”

I can see Daniels making a great receiver at the next level. The way he moves just gives me a vision of seeing him running good routes and using that long body to make great plays. We obviously see he can move well with the ball so yards after the catch won’t be a problem for him.

Keshawn Henley can flat out fly. He is a very speedy RB that you see running right by his defenders a lot. On film it’s like everybody besides him is in slow motion. It’s amazing to see him turn it on after being patient waiting on the holes to open. It’s like he has a power glide transmission with two gears. Fast and VERY fast. I can see him playing slot at the next level. He is a guy who can make a lot of moves and have defenders on ropes. “I have been working on my speed and getting my weight up,” said Henley.

West Point has lost two back to back state championships. One to West Jones (2020) and one to Picayune (2021). They have been six years straight. Henley and Daniels both look to get back to that stage and win. “We need to be more determined. We can’t let our foot off the gas and we have refuse to lose at all costs,” said Daniels. “I think we just need to keep playing as a team like we did last year. We need to bring way more heat on both sides of the ball,” said Henley.

“It’s a blessing to have both of these guys, Rion. You’re familiar with the area. Anytime you got guys like Daniels and Henley you got a chance to win,” said Chris Chambliss. Head Coach of the West Point Greenwave.