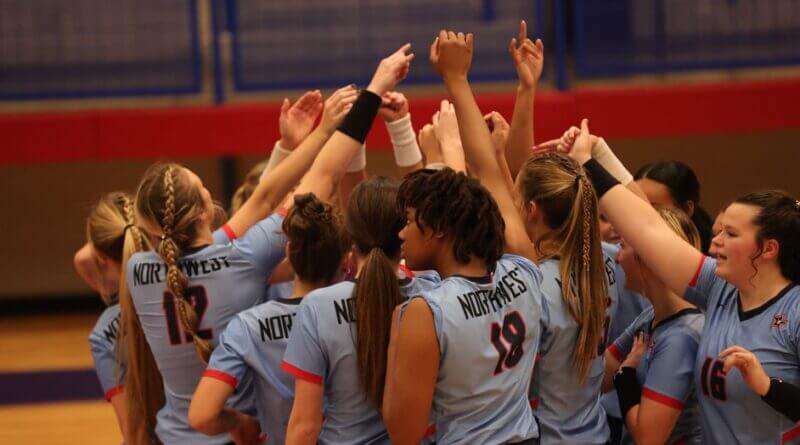 For the first time in program history, Northwest volleyball has finished as the Region 23 champions with Saturday’s shutout against Pearl River. (Lee Adams/ICC Images)

Lady Rangers to compete in Gulf District tourney next weekend

In her three seasons leading the Northwest volleyball program, coach Allison Burchyett has taken the program to new heights.

In her first season, the Lady Rangers earned the program’s first victory in just their second match. After a six-win campaign that featured close contests against Region 23 foes Itawamba and Pearl River, Northwest came back last fall and earned 14 victories.

Now, not only is the program guaranteed its first winning record, the Lady Rangers are also Region 23 champions for the first time ever, after defeating Pearl River 3-0 on Saturday afternoon. Northwest did so by taking the first set 25-22, followed by a 25-16 decision in the second set and a 25-22 third-set win.

Both teams went back and forth throughout most of the opening set, with neither team able to pull away. However, Northwest finally gained some breathing room after a timeout, turning a 20-19 deficit into a 22-20 advantage. Pearl River managed to pull back within 23-22, but the Lady Rangers claimed the final two points to secure the set.

Northwest picked up right where they left off in the second set, claiming the first three points and rolling to a 9-5 lead. The Lady Rangers eventually grew the lead to 20-13 and rolled to a 2-0 match lead with the 25-16 decision in the second set.

With its season on the line, Pearl River did not go away quietly. The Lady Wildcats came out with all the momentum to begin the third set, flipping the script on a 6-4 deficit and claiming a 17-12 lead late in the set.

Just when it seemed like Pearl River would force a fourth set, Northwest regrouped after a timeout and outscored the Lady Wildcats 13-5 down the stretch to clinch the match with a 25-22 third set victory.

Cleveland’s performance also continued with 10 digs, trailing only Kayla Beal’s 12 digs for the team high. Ramos also accounted for nine digs of her own.

With the victory, Northwest will now represent Region 23 in the next stage of postseason competition, the FCSAA/NJCAA Division II Gulf District Tournament in Palatka, Fla. The tournament will take place November 4-5, with the overall winner advancing to the NJCAA Division II National Tournament later in November.

Tournament host and No. 3 seed St. Johns River State College will be the first round opponent for Northwest, which is seeded No. 6 in the seven-team tournament field. The match is scheduled for Friday morning at 10:30 A.M. Central, with the winner advancing to face the winner of No. 2 seed Gulf Coast State and No. 7 seed State College of Florida.